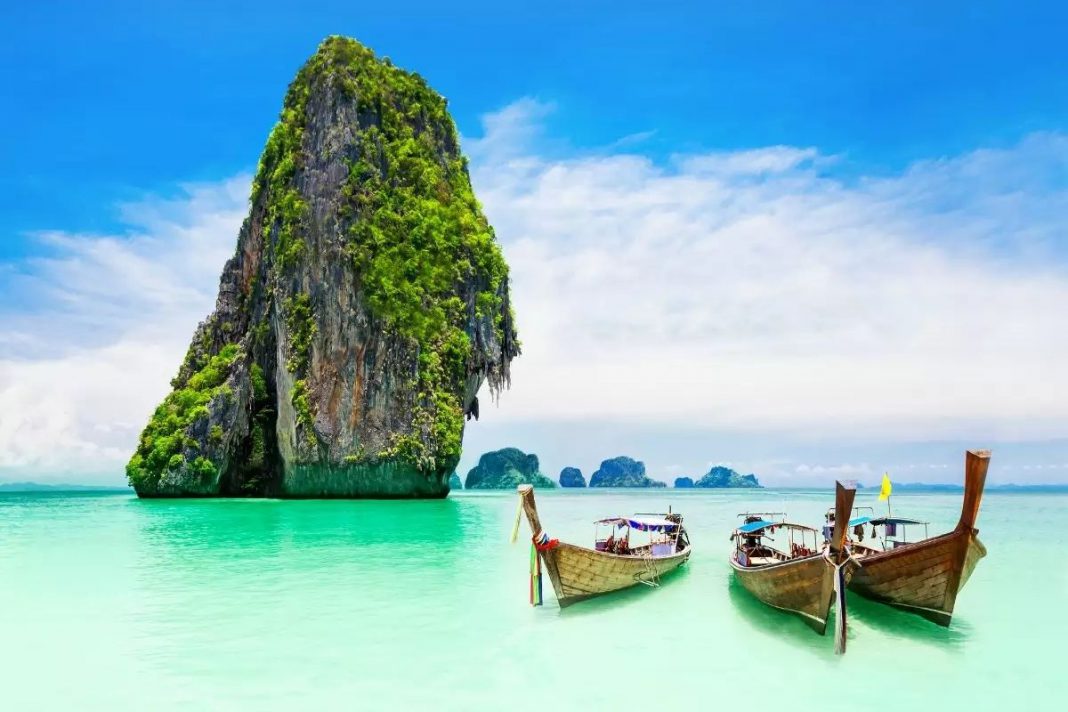 International tourism continues to show signs of a strong and steady recovery from the impact of the pandemic despite significant mounting economic and geopolitical challenges.

According to the latest UNWTO World Tourism Barometer, international tourism saw a strong rebound in the first five months of 2022, with almost 250 million international arrivals recorded. This compares to 77 million arrivals from January to May 2021 and means that the sector has recovered almost half (46 per cent) of pre-pandemic 2019 levels.

“The recovery of tourism has gathered pace in many parts of the world, weathering the challenges standing in its way”, said UNWTO Secretary-General Zurab Pololikashvili. At the same time, he also advises caution in view of the “economic headwinds and geopolitical challenges which could impact the sector in the remainder of 2022 and beyond”.

Europe and Americas lead recovery
Europe welcomed more than four times as many international arrivals as in the first five months of 2021 (+350 per cent), boosted by strong intra-regional demand and the removal of all travel restrictions in a growing number of countries. The region saw particularly robust performance in April (+458 per cent), reflecting a busy Easter period. In the Americas, arrivals more than doubled (+112 per cent). However, the strong rebound is measured against weak results in 2021 and arrivals remain overall 36 per cent and 40 per cent below 2019 levels in both regions, respectively.

The recovery of tourism has gathered pace in many parts of the world, weathering the challenges standing in its way. The same pattern is seen across other regions. The strong growth in the Middle East (+157 per cent) and Africa (+156 per cent) remained 54 per cent and 50 per cent below 2019 levels respectively, and Asia and the Pacific almost doubled arrivals (+94 per cent), though numbers were 90 per cent below 2019, as some borders remained closed to non-essential travel. Here, the recent easing of restrictions can be seen in improved results for April and May.

Looking at subregions, several have recovered between 70 per cent and 80 per cent of their pre-pandemic levels, led by the Caribbean and Central America, followed by Southern Mediterranean, Western and Northern Europe. It is noteworthy that some destinations surpassed 2019 levels, including US Virgin Islands, St. Maarten, the Republic of Moldova, Albania, Honduras and Puerto Rico.

Tourism spending also rising
Rising tourism spending out of the major source markets is consistent with the observed recovery. International expenditure by tourists from France, Germany, Italy and the United States is now at 70 per cent to 85 per cent of pre-pandemic levels, while spending from India, Saudi Arabia and Qatar has already exceeded 2019 levels.

Defying mounting challenges
Strong demand during the Northern Hemisphere summer season is expected to consolidate these positive results, particularly as more destinations ease or lift travel restrictions. As of 22 July, 62 destinations (of which 39 in Europe) had no COVID-19 related restrictions in place and an increasing number of destinations in Asia have started to ease theirs.

According to the International Civil Aviation Organization (ICAO), the overall reduction in international air capacity in 2022 will be limited to 20 per cent to 25 per cent of seats offered by airlines as compared to 2019. Such resilience is also reflected in hotel occupancy rates. Based on data from the industry benchmarking firm STR, global occupancy rates climbed to 66 per cent in June 2022, from 43 per cent in January.

However, stronger than expected demand has created significant operational and workforce challenges, while the war in Ukraine, rising inflation and interest rates, as well as fears of an economic slowdown continue to pose a risk to recovery. The International Monetary Fund points to a global economic slowdown from 6.1 per cent in 2021 to 3.2 per cent in 2022 and then to 2.9 per cent in 2023. At the same time, UNWTO continues to work closely with the World Health Organisation (WHO) to monitor the pandemic as well as emerging public health emergencies and their potential impact on travel.

Regional Scenarios for 2022
UNWTO’s forward-looking scenarios published in May 2022 point to international arrivals reaching 55 per cent to 70 per cent of pre-pandemic levels in 2022. Results depend on evolving circumstances, mostly changing travel restrictions, ongoing inflation, including high energy prices, and overall economic conditions, the evolution of the war in Ukraine, as well as the health situation related to the pandemic. More recent challenges such as staff shortages, severe airport congestion and flight delays and cancellations could also impact international tourism numbers.

Scenarios by region show Europe and Americas recording the best tourism results in 2022, while Asia and the Pacific is expected to lag behind due to more restrictive travel policies. International tourist arrivals in Europe could climb to 65 per cent or 80 per cent of 2019 levels in 2022, depending on various conditions, while in the Americas they could reach 63 per cent to 76 per cent of those levels.

In Africa and the Middle East arrivals could reach about 50 per cent to 70 per cent of pre-pandemic levels, while in Asia and the Pacific they would remain at 30 per cent of 2019 levels in the best-case scenario, due to stricter policies and restrictions.

Velaa Private Island in Maldives to reopen on Sept 15