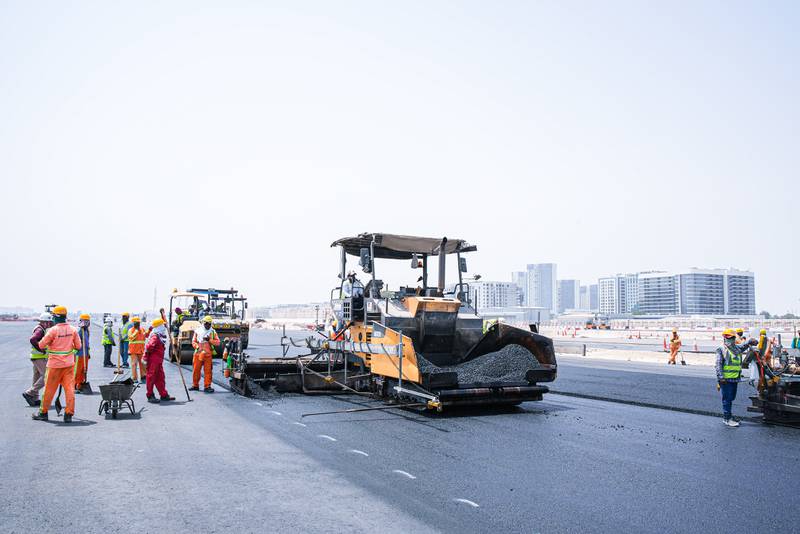 Al Bateen Executive Airport in Abu Dhabi has reopened recently following the completion of a major upgrade project which included widening of the runway to accommodate larger aircraft. Other works undertaken since the private jet facility closed for all but helicopters on May 11 include a substantial new boundary wall, runway resurfacing, upgraded ground lighting, enhanced signage and landscaping.

“It has been a major project involving different elements of the airport,” said Matar Al Suwaidi, senior vice president of terminal operations at Abu Dhabi Airports. “Everything you can see and touch is being enhanced.”

The refurbishments mark a new era for an airport that was the first modern international facility in Abu Dhabi.

Al Bateen opened in the late 1960s to cater for a surge in people arriving into Abu Dhabi after oil was found. It replaced the sand airstrip, had a distinctive concrete-roofed terminal and even gave its name to “Airport Road”, which has since been renamed Sheikh Rashid bin Saeed Street.

But it was clear even by the 1970s that demand in Abu Dhabi was likely to necessitate a much larger facility. “Al Bateen is at the heart of Abu Dhabi and on the island, so expansion would be limited. The leadership foresaw the airport [needed] to be moved away from[the] island,” Al Suwaidi said.

The current main airport opened in 1982 to cater for increased demand, and, in the years since, Al Bateen functioned as a military base before becoming a dedicated airport for private jets. It is also getting ready to host Abu Dhabi Air Expo from November 1 to 3. The event is expected to attract more than 18,000 visitors and host more than 300 manufacturers and suppliers.

The project has been timely in this regard because the runway will change from a 4C to a 4D – in airport terminology – which means it can handle twin aisle jets, such as Boeing 767s, whereas before it could only accommodate single aisle planes such as Boeing 737s or Airbus A320s. But the works alone do not award the certification and the UAE’s General Civil Aviation Authority will give its final approval.

“It is not a switch-on and switch-off decision,” Al Suwaidi said. “There is documentation to provide and testing to conclude. It will take some time.”

It is also planned to rename the three existing terminals before the end of the year as part of a branding initiative to further boost the airport.

“There is a very high demand for a [private jet] facility,” Al Suwaidi said.

Al Bateen can accommodate 50 parked jets and the people who use the facility include government delegations, business people and high-net-worth individuals from across the world who prize discretion and do want the hassle of flying through a main airport.

”The business model is you have more privacy and the moment you get off the plane [at Bateen] and into the car is 100 metres,” he added. “[Some people] are not interested in going to the duty free and from one terminal to another. Here everything is done in one place. A one-stop shop.”

The airport can also accommodate helicopters, with Abu Dhabi Police, a search-and-rescue service and private operator among those based there. A cost for the works was not disclosed, while final tests are now being carried out, a statement said.