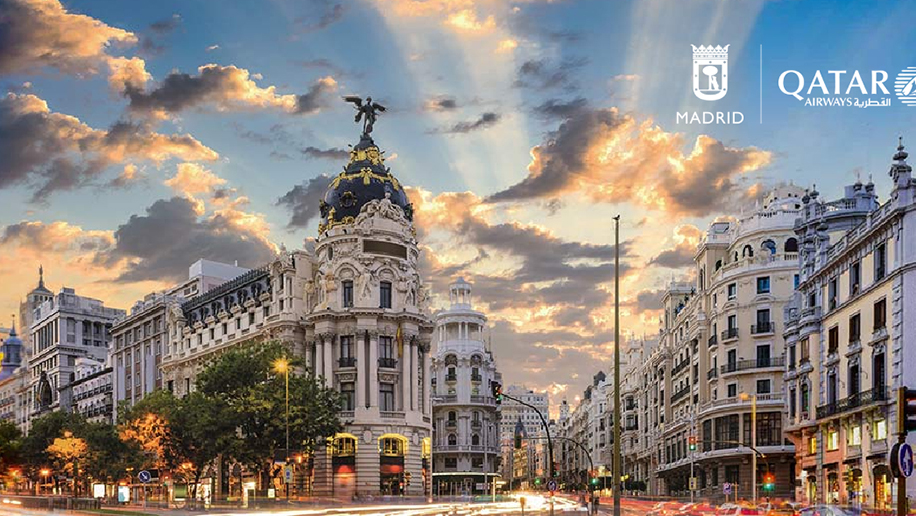 Qatar Airways is has partnered with Madrid Destino, the tourism board of Madrid, to drive tourism to the capital. The destination promotion campaign, which will run until March 31, will target key markets globally.

The partnership which is set to run until March 31, 2022, promotes the destination to key markets across the globe through a series of joint initiatives.

The Spanish capital is being pitched as a new international luxury destination after it was designated a UNESCO World Heritage Site and having recently opened several high-end hotel brands.

Madrid is also recognized as Europe’s Best Convention and Trade destination, awarded the ‘Best MICE Destination for 2021’ accolade at the World Travel Awards.

In a press statement, Qatar Airways Group Chief Executive HE Akbar al-Baker, said that they invite everyone to experience Madrid’s lively city that makes one passionate about travelling again.

Madrid City Council’s tourism director Héctor Coronel said that the signing of this agreement not only marks a milestone in our relations with Qatar Airways, which has been operating in Madrid since 2005. ‘It also enables us to strengthen our tourism relations with the Middle East, one of our main strategic markets.’