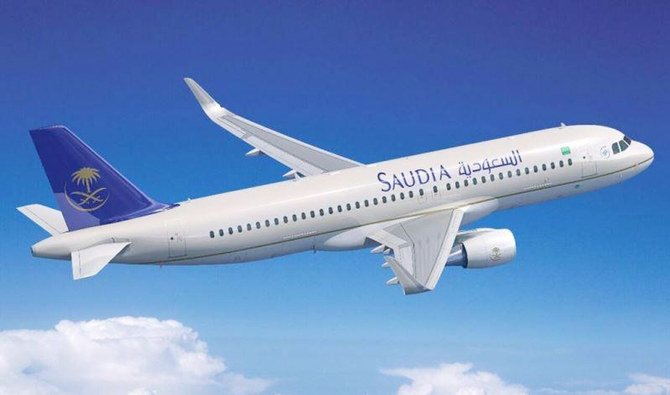 Skytrax has announced that Saudia is the World’s Most Improved Airline of 2021, the second time that the Saudi flag carrier has won this award since 2017.

Saudia improved by 55 per cent and is now 26th in the Skytrax ranking of global airlines, while in 2017 it jumped from the 82nd to 51st position, a 40% improvement.

The Skytrax award comes as yet another milestone in Saudia’s transformation which has led to several other awards and recognitions. The airline’s health safety initiatives to ensure passenger safety during the Covid-19 pandemic have attracted global accolades, the Saudi carrier said in a statement.

It has a route network of more than 95 destinations and a fleet of 145 aircraft – operating one of the youngest fleets in the world.

Saudi Arabian Airlines Director General Ibrahim Alomar said: “It is an honour to receive this award on behalf of the entire team who have demonstrated exceptional commitment to the pursuit of the highest standards – from health and safety to the product and experience.

“As part of the airline’s SV2020 Strategy & Transformation Plan, Saudia has invested in new aircraft, product innovation and service enhancements with a single purpose – to provide all our guests with the highest level of hospitality and comfort in the skies. We are delighted that the world is noticing and recognising our efforts.”

Commenting on the award, Skytrax CEO Edward Plaisted said: “Saudia continues to increase its global status and appeal amongst customers. Apart from overall improvement in the main survey, the airline performed well in many other survey sections which are considered for this award. It is a fabulous achievement for the airline.”

More than a hundred customer nationalities participated in the survey, with the 2021 Awards based on 13.42 million eligible survey entries counted in the final results.