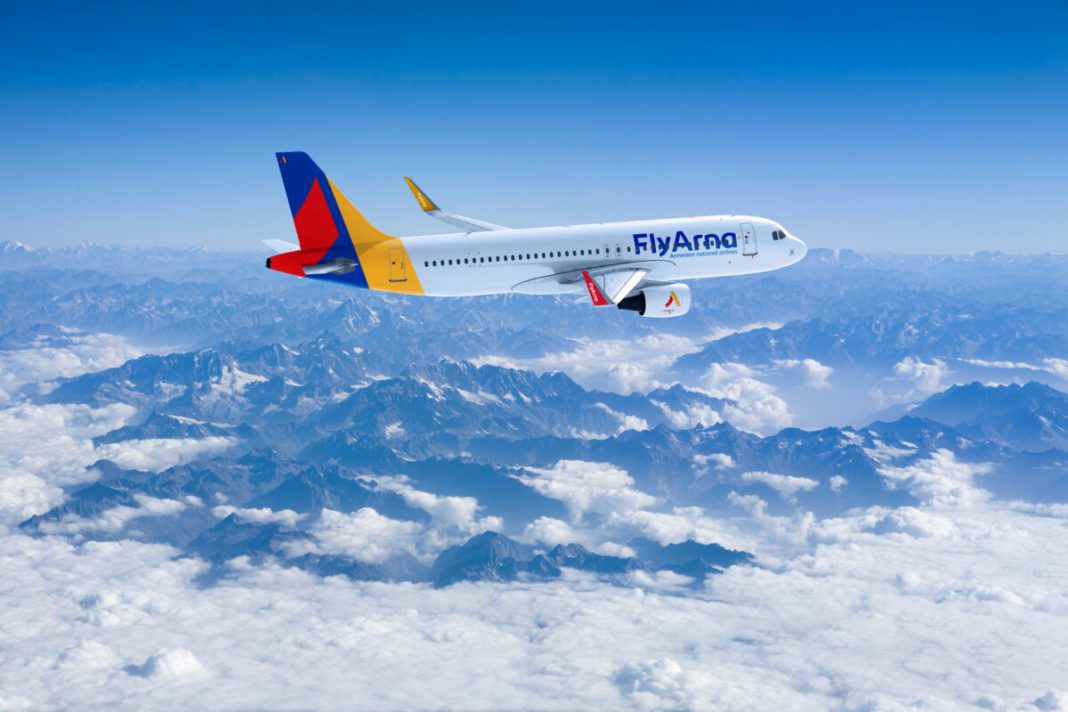 ‘Fly Arna’, Armenia’s national airline, has revealed its new visual brand identity, the design of which reflects constant mobility and the colors of the logo inspired by the Armenian flag.

‘Fly Arna’ signifies a new era in the growth of the Armenian aviation sector and will contribute to the nation’s tourism, hospitality, and business sectors.

The young, modern and a value-driven national airline will strive to become the most accessible and sensible choice for air travel in Armenia and beyond. Its brand values are Ambition – to motivate to build and grow the airline; Persistence – to build services that deliver real and tangible value to customers; and Innovation – to inspire creative solutions that helps keep a competitive edge while remaining practical and efficient.

Inspired by the logo and the brand ethos, ‘Fly Arna’ aircraft livery reflects clarity and a forward-looking airline that is always on the move, with the letter “A” creatively displayed at the aircraft tail. The bright outlook in the brand identity will also be reflected through the aircraft interior, staff uniforms and across all customer touchpoints.

David Papazian, CEO of ANIF, said: “Fly Arna’s brand identity is truly reflective of the inspiring spirit and ethos of Armenia. This is highlighted by the involvement of the public in deciding the name to the colors used for the brand identity and the values that Fly Arna will promote. The unveil of Fly Arna’s visual identity is an inspiring move that brings us one step closer towards the launch of the airline.”

Adel Al Ali, Group Chief Executive Officer of Air Arabia, said: “Fly Arna’s visual identity launch is an important progress in the journey towards the launch of the airline.  This step also marks the beginning of a new era in the growth of Armenia’s aviation sector, not only contributing to the country’s economic growth but providing its people with a reliable and value for money experience. We look forward to its rollout in the coming weeks.”

‘Fly Arna’ follows Air Arabia Group’s successful low-cost business model, taking Zvartnots International Airport (EVN) in Yerevan as its base. The Airline Operation Certificate (AOC) process has started and more details about the launch date, fleet, and destination network will be announced in due course.