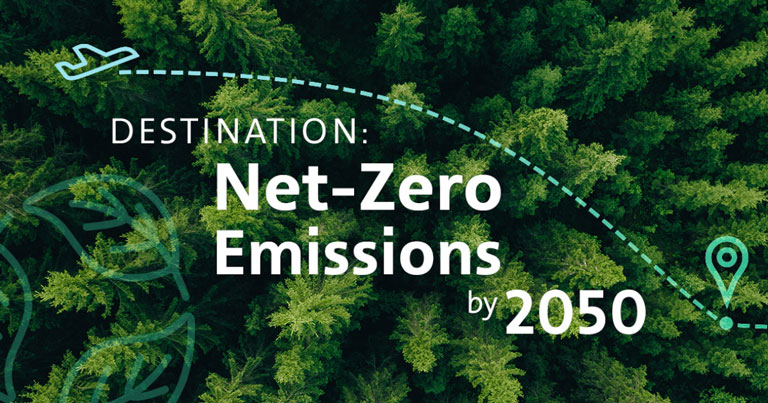 The travel & tourism industry could reduce its emissions by more than 40 per cent by 2030 by taking radical action to contribute to the race to net-zero, according to a new report, ‘Better Travel & Tourism, Better World’, which was developed through a partnership between the Saudi-based Sustainable Tourism Global Centre (STGC) with Systemiq, the world’s leading independent system change advisory firm

Launched at the 22nd Global Summit of the World Travel & Tourism Council being held in Riyadh in Saudi Arabia under the theme, the report is based on extensive consultation with leading stakeholders around the world representing hospitality, transport, OTAs, governments, investors, NGOs and academia.

The global travel & tourism industry creates opportunities for societies around the world, the economy and nature. However, the analysis of the report showed that the industry today is generating significant environmental and social costs and is responsible for 9-12 per cent of total global greenhouse gas emissions.

The report found that without significant change these emissions will rise 20 per cent by 2030, representing one-third of the total (net zero) global carbon budget of that year. This puts the viability of the industry itself at risk. The Travel & Tourism industry has a vital role to play in slowing down climate change, restoring nature and strengthening communities.

This landmark report is the first to estimate a fully costed strategy for shifting the Travel & Tourism industry to a net-positive model by 2050. It calls on industry leaders and policymakers to move urgently to implement a reform agenda centred around five priorities: reduce emissions, protect and restore nature, strengthen communities, shift traveller behaviours and increase resilience to climate change and other shocks.

The reform agenda requires increased investment in transport, facilities, nature and resilience of $220-310 billion a year to 2030, equating to 2-3 per cent of the Travel & Tourism Industry’s $10 trillion contribution to the world’s GDP.

This vital investment will enable the industry to drive strong, sustainable growth, strengthen its resilience, maintain its licence to operate and remain competitive in the long run.  Travelers, even for long-haul vacations, would on average need to pay less than 5 per cent extra to help finance the transition.

Ahmed Al-Khateeb, Saudi Minister of Tourism said: “This is significant step along the road to a net zero future and as the home of STGC we are proud to have enabled the publication of this report.  Our rapidly growing tourism sector in the Kingdom is heavily focused on sustainable strategies with high profile projects including the Red Sea and NEOM based on fully renewable energy sources.”

Paul Polman – Business leader, campaigner and co-author of Net-Positive, said: “Imagine a thriving and productive Travel & Tourism industry, widely seen as a force for good around the world. A sector that has comeback from Covid-19 stronger and more resilient, boosting global growth and helping tackle climate change and restore nature. But time is not on our side and, without serious and concerted action to transform the industry, there is a risk it will head in the opposite direction. This ground-breaking report shows that a better future is possible, and offers a new and thrilling vision for travel and tourism that we can all unite behind, as well as a plan to achieve it.”

Gloria Guevara, Special Advisor to the Saudi Ministry of Tourism, said: “This is a significant step in the work being undertaken by the STGC and demonstrates the rapid progress the Center is making since HRH The Crown Prince announced it at the Saudi Green Initiative last year. It is a clear indicator of the important work being undertaken that will benefit tourism and the wider world.”

Jeremy Oppenheim – founder and senior partner at Systemiq, said: “The agenda proposed in this report offers the Travel & Tourism industry a route to becoming the best that it can be by 2050: a thriving, strategically important industry across the world, recognized as a leading force in tackling climate change, regenerating nature, creating quality jobs and bringing people together. This is the industry’s chance to drive the solution rather than be seen as part of the problem. Delivering the agenda will secure a better future for Travel & Tourism and all its destinations, established, new or still undiscovered. The opportunity is huge. The time to seize it is now.”

Former Mexican President, Felipe Calderon, is an STGC advisor and added: “The travel and tourism sector employs 10 per cent of the world’s population and that figure is set to grow by over 120 million in the coming decade.  It is vital that it recognizes its responsibilities in working towards net zero and ensuring we preserve the planet for future generations of travelers.”