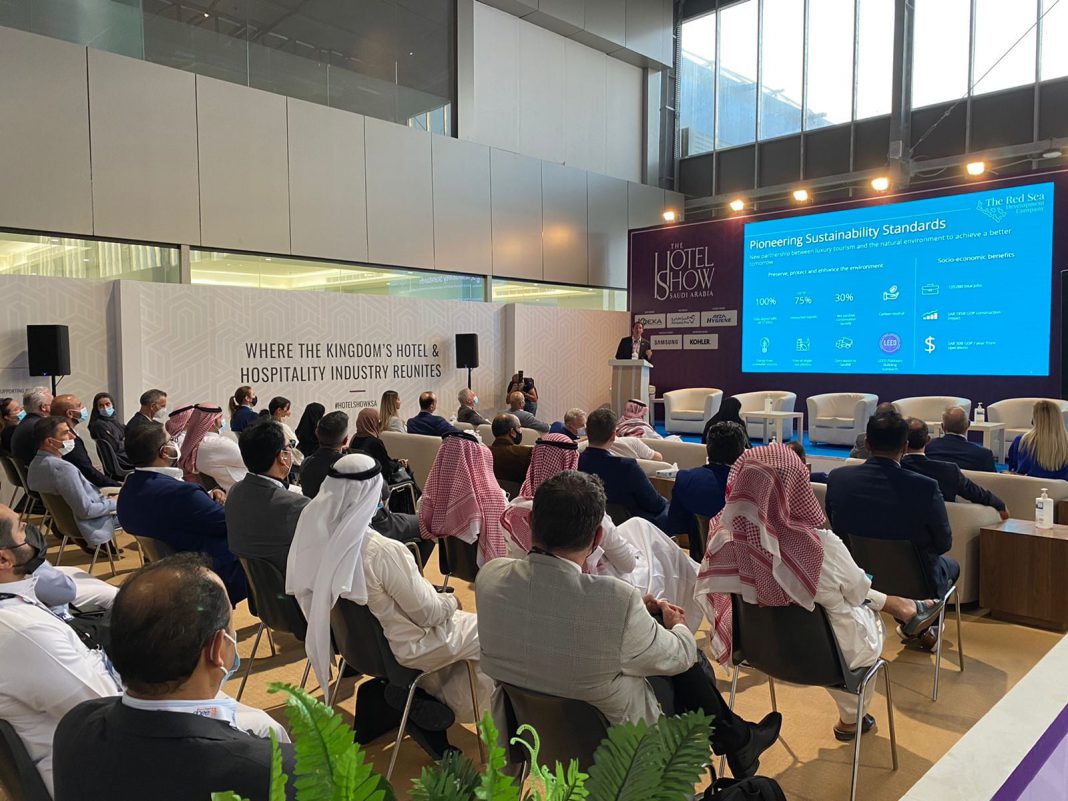 Saudi Arabia should draw on its tradition of hospitality and bring more Saudis into the industry to help it achieve its goal of becoming a leading global tourist destination by 2030, according to delegates at this year’s Hotel Show Saudi Arabia.

“In Saudi Arabia, we all know the hospitality, it is very commonly practiced here,” said Salman Gasim, CEO of Jeddah-based Swiss Hospitality Co., which provides training for staff in the hospitality sector.

“So, all we do here today is we just combine the best quality standards with these local hospitality values, and then we bring what we call the new Saudi hospitality with the aim of raising the quality of service to a higher level where it deserves to be,” Gasim said in an interview at the Riyadh-based conference and exhibition.

Saudi Arabia is investing billions of dollars into hotels, resorts and travel as it seeks to achieve the Vision 2030 goals for the tourism industry laid out by Crown Prince Mohammed bin Salman.

An example is the Red Sea Project, a 28,000 sq. km sustainable tourism resort featuring more than 90 unspoiled islands along Saudi Arabia’s west coast. By completion in 2030, it will consist of 50 hotels with 8,000 rooms and 1,300 residential properties.

The Kingdom also said in July it plans to launch a new national airline focused on tourism as it seeks to ween its economy off dependency on oil.

“With all the mega projects in the country, the hospitality industry in the Kingdom needs more Saudi talent,” said Tariq Valani, senior vice president of Middle East, Africa, India and Turkey, Accor Group.

The Hotel Show was also a platform for young professionals to learn about the industry, the leading companies in the sector and what opportunities are available to them.

Saudization is another key plank of Vision 2030 and the Kingdom has the lowest level of dependence on foreign labor among the GCC countries at around 77 per cent, according to S&P Global Ratings.

A year of growth for Emirates; boosts network to 128 cities

Finnair adds flights between Helsinki and Asia for summer 2023