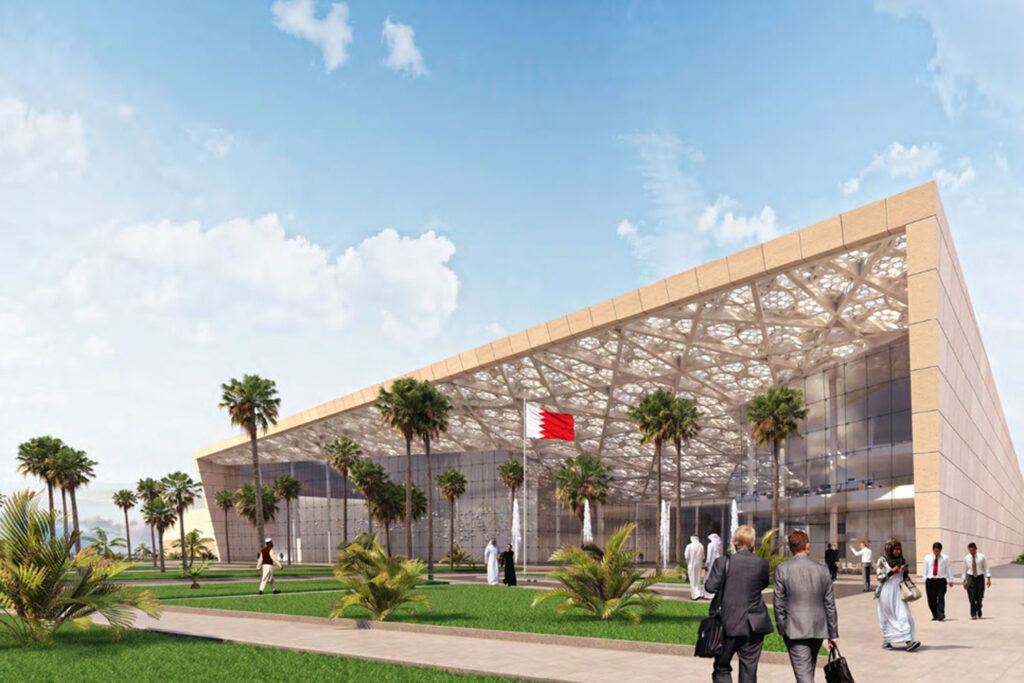 Work is moving at a steady pace on the Bahrain International Exhibition and Convention Centre (BIECC) – a 149,000-sq-m facility located in Sakhir that boasts 10 exhibition halls, a 4,500-sq-m conference hall and a parking lot for 1,600 cars – and is on track for opening later this year, reported BNA, citing a senior minister.

The project, next to Bahrain International Circuit, features exhibition halls and conference rooms fitted with the latest technology to host major shows and celebrations and seal trade transactions. It is being built at a total investment of BD84 million ($221.4 million).

Industry, Commerce and Tourism Minister Zayed bin Rashid Al Zayani stressed on the strategic importance of the project which stems from the 2030 Bahrain Economic Vision.

The milestone will be a key pillar of Bahrain’s new strategy (2022-2026), which focuses on mega national projects such as the BIECC.

Al Zayani was speaking after inspecting the progress of work on the mega project in Al Sakhir.

He was accompanied by Bahrain Tourism and Exhibitions Authority CEO Dr Nasser Qaidi and other officials from the Ministry of Works, Municipalities Affairs and Urban Planning.

With 95,000 sq m of exhibition space over 10 halls, a 4,000-seat tiered auditorium, 95 meeting rooms, Royal and VIP Majlis and a 250-seat restaurant, the centre will be the largest venue of its kind in the Middle East.

ASM Global has been signed up by BTEA to manage, operate and program the new destination.