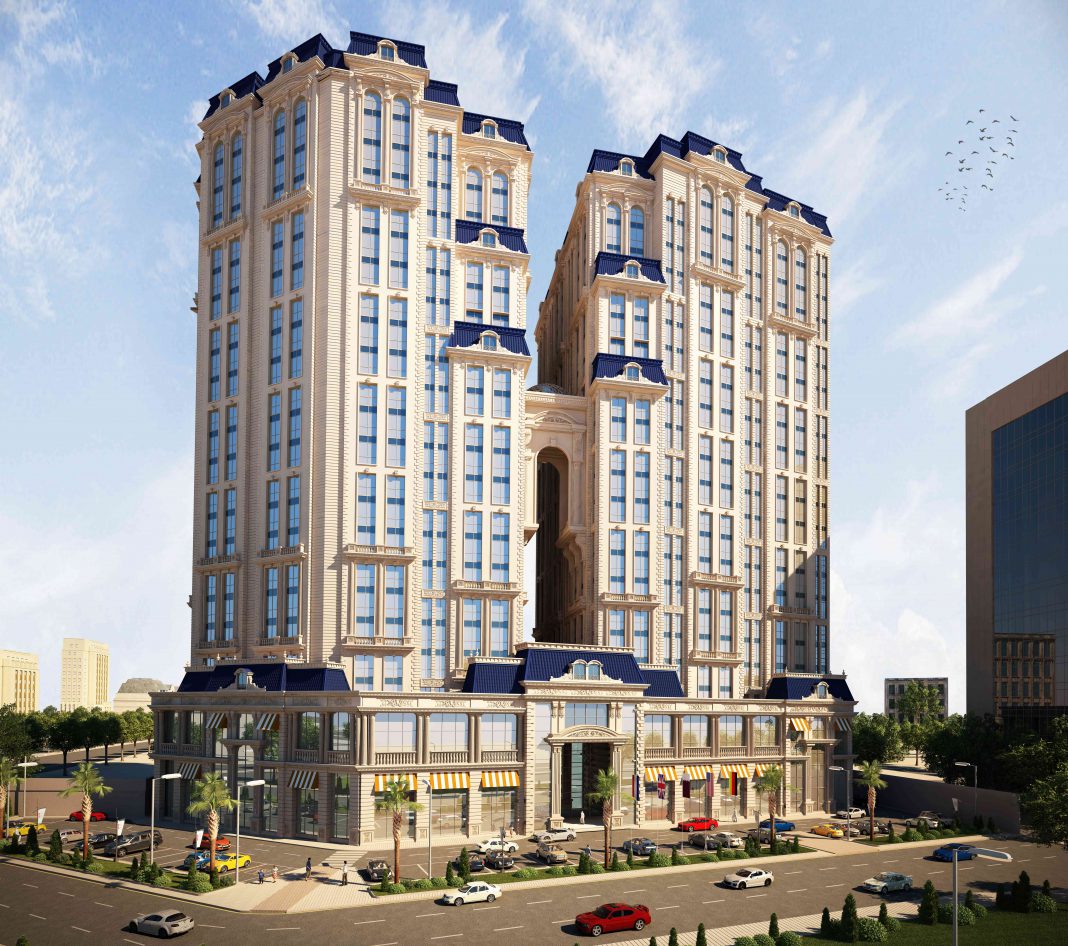 Rotana, one of the leading hotel management companies in the region with hotels across the Middle East, Africa, Eastern Europe and Turkey, announced at the Arabian & African Hospitality Investment Conference (AHIC) the signing of a new project with Bin Al Sheikh Holding Group. The project includes the management of a 400-key Arjaan Hotel Apartments by Rotana and 103-keys under The Residences by Rotana brand.

Set to usher in a new era of hospitality experience in Doha, the new project will add 503 rooms to Rotana’s existing 1110 rooms in Qatar, just in time for the 2022 FIFA World Cup. Expected to be completed in Q4 2022, the hotel and residences will feature an all-day dining restaurant and café, two expansive meeting rooms, a fully equipped gymnasium and a swimming pool.

Commenting on the announcement, Rotana President and CEO Guy Hutchinson, said: “We are delighted to partner with the esteemed Bin Al Sheikh Holding and add to our developing portfolio of properties in Qatar. The country’s hotel segment is booming, with efforts currently underway to further develop its MICE tourism infrastructure and with preparations to host several major sporting events, including the 2022 FIFA World Cup. Qatar is set to witness an increased tourism demand, driven by its diversified leisure, business and cultural offerings, and we are proud to extend our offering in the growing market.”

Dr. Zied Jebarah, Chief Operating Executive of Bin Al Sheikh Holding added: “We are proud to be partnering with Rotana, our alliance on this new project supports our goal to increase Bin Al Sheikh Holding’s presence in the fast-growing hospitality segment in the country. Rotana is an internationally acclaimed company and with its hospitality expertise we look forward to creating an impressive landmark property offering world-class services.”

The new project comes in addition to the recent news that Rotana took over the management of the 250-key Sedra Arjaan by Rotana, located in the heart of Doha, The Pearl Island, and signed a hotel management agreement under the Centro Hotels brand, with a stylish 350-key property that is set to add a new dimension to Doha’s vibrant hospitality scene by 2023.

Rotana started 2021 on a positive note with the announcement of its expanding pipeline for the next three years, comprising 10 new landmark developments, significant hotel signings and new agreements which will take place in Bahrain and in the Kingdom of Saudi Arabia, alongside further expansion in the UAE, Qatar and Turkey.

The rapidly expanding group currently operates 68 hotels in 24 cities across 14 countries, including an impressive 10,012 keys spanning 36 hotels in the UAE. The group’s pipeline consists of 44 upcoming projects, including 10 that will deliver more than 3,000 keys to the market in the next three years.