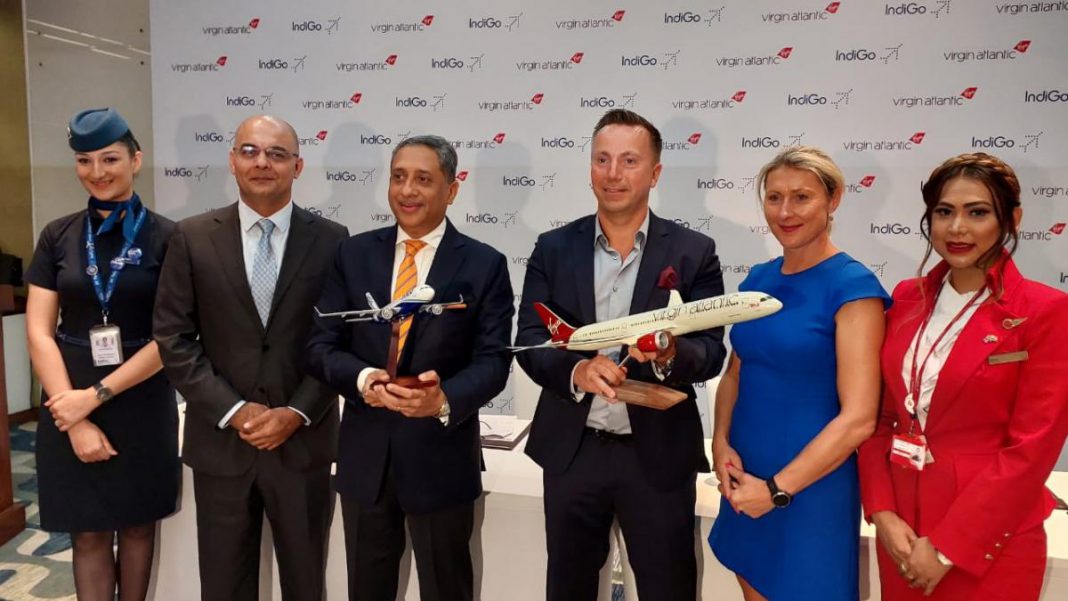 Under a codeshare agreement, airlines agree to sell seats in each other’s flights in order to provide their respective customers a wider network. This codeshare partnership will mean customers booking a Virgin Atlantic ticket for Delhi or Mumbai will be able to avail a connecting flight to seven additional cities in India via IndiGo.

Virgin Atlantic currently operates three daily flights to India, two to Delhi and one to Mumbai. The airline will be able to provide its customers the connectivity to Chennai, Bengaluru, Hyderabad, Kolkata, Ahmedabad, Amritsar, and Goa via the initial codeshare partnership.

“We see India as the fastest growing aviation market. We have partnered with IndiGo and we see this relationship growing. IndiGo is the largest airline in India and we will be able to tap the domestic traffic from India. We would like to expand in Delhi and Mumbai but currently we are restricted by air service agreement. We would also like to explore new destinations. An announcement on expansion is possible over the next few years,” said Juha Jarvinen, Chief Commercial Officer at Virgin Atlantic.

The agreement will be expanded to 16 destinations throughout India by the end of the year. The additional destinations will include Kochi, Chandigarh, Jaipur, Pune, Coimbatore, Nagpur, Vadodara, Indore and Visakhapatnam. In addition, outbound IndiGo customers will be able to opt for Virgin Atlantic’s extensive US network operated via London Heathrow.

The agreement will also allow Virgin Atlantic’s Flying Club members to earn both Virgin Points and Tier Points on every codeshare with IndiGo. The codeshare flights will be available this week for booking for travel beyond Sep 27, subject to government approval.

“This will not only help offer a seamless travel experience from London to as many as 16 destinations in India, but also open up international trade via enhanced accessibility,” said Ronojoy Dutta, Chief Executive Officer and Director.