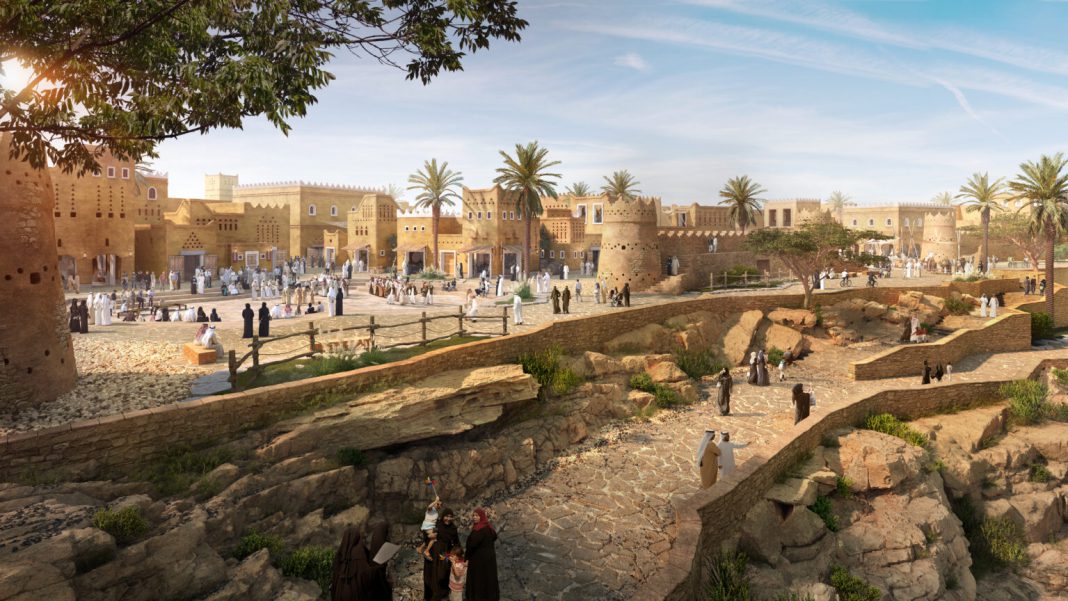 The Kingdom of Saudi Arabia spoke to the trade at WTM London to announce it is ready to welcome international tourists. Saudi Tourism Authority CEO Fahd Hamidaddin told a packed audience at the WTM Global Stage: “Our ambitions are high. We are seeing far.”

He said the destination is aiming to achieve 100 million visits by the end of 2030.

In a session entitled ‘Saudi Arabia: A Destination of the Future –  Putting Sustainability First’, Hamidaddin issued a challenge to other destinations, saying: “We are trying to build a leading destination framed with sustainability. Everybody talks about sustainability. Very few actually do something about it.”

He also called for a ‘Tourism 20’ – style delegation of world leaders, similar to the G20, which was hosted by Saudi Arabia in 2020.

Hamidaddin said: “At the G20, it was very clear tourism was missing in the room. There’s no Tourism 20.”

Underlining the country’s commitment to sustainability, Amr AlMadani, CEO of The Royal Commission for AlUla, one of the oldest cities in the Arabian Peninsula and home to the UNESCO World Heritage Site of Hegra, said: “Going green for us and being sustainable is not a choice, it’s the way forward.”

John Pagrano, CEO of The Red Sea Development Authority, a tourism project on an archipelago of more than 90 islands, which will open its first resort of 16 hotels and 3,000 rooms next year, proclaimed: “Saudi Arabia is taking very bold steps. We are going to be the largest tourism destination in the world, powered 100 per cent by renewable energy,” he said, inviting other tourism companies to follow this lead.

“The tech exists. All that’s lacking is the will. Let’s restore nature,” he said.

“Saudi Arabia’s Crown Prince Mohammed bin Salman has been instrumental in helping shape the plan for the sustainable tourism destination the country wants to be,” said Jerry Inzerillo, CEO of Diriyah Gate Development Authority, a $20 billion tourism project that will showcase the country’s history through a mix of heritage, hospitality, education, retail and dining experiences.

It is expected to have a population of more than 100,000 and attract 25 million visitors a year.

Inzerillo said the Crown Prince’s approach was to seek the best Saudi talent and match it with international talent.

While Saudi Arabia is a relatively unknown destination compared to other parts of the world, Hamidaddin said visitors would be impressed with what they found. He explained that 70 per cent of the population is below the age of 35 and women play an important part in shaping the Saudi Arabia of the future.

A key market for Saudi Arabia is the growing cruise sector and Fawaz Farooqui, Managing Director of Cruise Saudi, said the region is proving to be very interesting for cruise lines that are always looking for new ports of call.

During a session entitled ‘Expanding the Saudi Tourism Ecosystem’, Farooqui said Saudi Arabia is uniquely positioned on the Red Sea and Arabian Gulf.

“The Red Sea and Arabian Gulf are very attractive for cruise lines, which are always looking for new destinations.”

There are currently four cruise ports in the country, with plans to increase the number to six by 2025.

European passengers, including Italian, British, French and German, are just starting to experience the destination and Farooqui said he has had “huge interest” from operators in South Africa, Australia and Canada during WTM London.

“I’ve seen a lot of interest during WTM. I want Saudi Arabia to be on the list of every cruise passenger,” he added.

Husameddin AlMadini, CEO of Soudau Development Company, a new entity that will lead the development of a mountain destination in the Asir region, said he plans to speak to tour operators and hospitality operators from around the world.

He said: “The international market is such an important segment.”