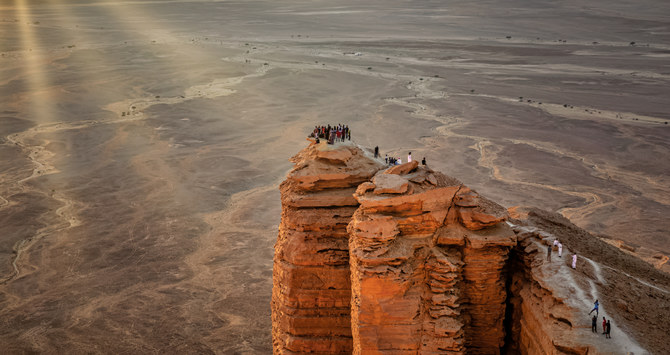 The Kingdom of Saudi Arabia is driven to establish itself as a world leader in sustainable travel, not only by protecting its beautiful ecosystems but actively regenerating them for future generations to enjoy.

Hailed as the world’s most ambitious regenerative tourism development, Saudi Arabia’s Red Sea Project will be entirely carbon neutral from its first day of operation, which CEO John Pagano hopes will inspire the wider industry to follow suit in embracing practices that protect the state of our planet.

“[We are] setting the bar very high because our consumers will demand it and forcing others to follow our lead,” said Pagano, who also heads Amaala, speaking at a World Majlis event panel during Expo 2020 Dubai’s Travel and Connectivity Week, which concluded on January 15.

The Red Sea Project and Amaala are sister projects set along the north-western coast of Saudi Arabia.

Pagano said factors such as the Covid-19 pandemic and outspoken climate activists have served as a wake-up call to re-evaluate the direction our world is taking. For Saudi Arabia, this means stepping up efforts to future-proof giga developments such as those on the Red Sea.

“Sustainability is more expensive, at least today, but competition will ultimately drive cost down, making sustainability more available,” he added.

Though Pagano conceded that this approach requires larger upfront investments, he noted that it is nonetheless a price worth paying as there is no choice but to change course to secure the future of the planet.

He stressed that the Saudi leadership backs this view as illustrated by its support for The Red Sea Project, which he called the largest tourism venture on the planet to be powered solely by renewable energy.

Extending over 28,000 sq km across unspoiled coast, the unique site will form a modern tourist offering that blends in with its beautiful surroundings.

According to Pagano, the project, which covers an area of over 90 pristine islands, will allow travellers to be more connected to nature through its protection of natural habitats and endangered species. Though full completion is expected in 2030, it is set to welcome its first guests by the end of this year when the first hotels are expected to open. The remainder of Phase One will complete by end of 2023 and includes 16 hotels, an international airport, luxury marina, golf course, entertainment, and leisure facilities.

The Red Sea Project is also having a positive impact on local communities through trickle-down economics, having already employed some 2,000 locals in the area, he said.

“It’s really a call to action now for us as an industry to change the way things are done. Consumers are going to force us to change. So, let’s get ahead of that. Let’s offer consumers the choice, responsible tourism places where the environment is celebrated, places where the local communities genuinely benefit and I think that’s what sustainable tourism means,” Pagano told the panel.

In order to source food locally, The Red Sea Development Company is working with farmers from surrounding areas to enhance capacity and educate them on sustainable agriculture. They are also enlisting help from members of the local community to serve as environmental stewards to protect the entire site for the future.

Pagano stressed that there is substantial value in incorporating local communities in any tourist attraction due to growing interest from travelers to interact with locals. The Red Sea Project has embraced this idea by hiring local boat captains who know the area very well.

Largescale vocational and educational opportunities are also underway – training some 600 members of the area’s future workforce across sectors such as hospitality, engineering, and airport operations.

Upon full completion by the end of the decade, The Red Sea Project will offer 50 resorts, including up to 8,000 hotel rooms and more than 1,000 residential properties across over 22 island resorts and inland locations. To protect its natural environment, 75 per cent of the islands will remain undeveloped and in total, less than 1 per cent of the total project area will be developed.

The Red Sea Development Company and its associated projects are part of Saudi Arabia’s on-going efforts to diversify its economy through building a thriving private sector and boosting foreign direct investment. Between all its projects, the company will create 120,000 direct and indirect jobs, and contribute upwards of SR33 billion to the GDP once the destinations are fully operational.