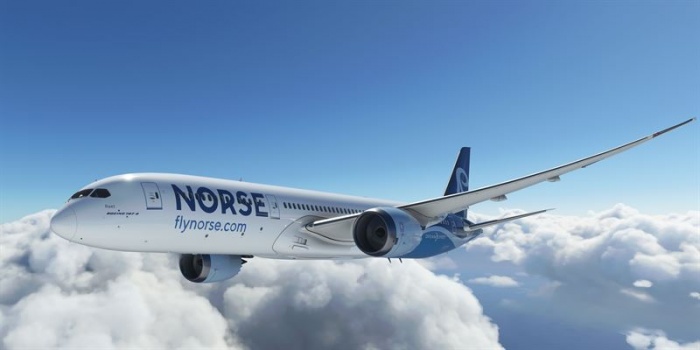 From Oslo, its partnership with Norwegian will allow customers to book flights to domestic, Scandinavian and European destinations with connections onto Norse’s services to New York JFK, Fort Lauderdale, Los Angeles and Orlando.

Partnering with Spirit Airlines will provide options for customers looking to travel between Europe and the US as new destinations such as Las Vegas, Dallas, Nashville and Salt Lake City become accessible via Fort Lauderdale, Orlando and Los Angeles.

Bjorn Tore Larsen, chief executive at Norse Atlantic, said: “Customers can now explore further and connect onto the services of our partner airlines across Europe and the US. These agreements will further boost transatlantic travel which will benefit local tourism and businesses on both sides of the Atlantic.”

Norse Atlantic is in talks with other airline partners and hopes they will join the booking platform soon.

Customers can book connecting flights with Norwegian and Spirit Airlines on Norse’s own platform, powered by Dohop. Connections will also be available via major metasearch engines in the coming days. UK and European customers who want to connect onto easyJet services can book on either airline’s website.

Geir Karlsen, chief executive of Norwegian, said: “This agreement is win-win for both our customers and Norwegian. Our customers throughout Europe can now connect to Norse routes across the US.

“Likewise, inbound customers flying Norse from the US can now seamlessly connect to the Norwegian network throughout Europe on one ticket.”

Resorts are on the rise at Raffles Hotels & Resorts