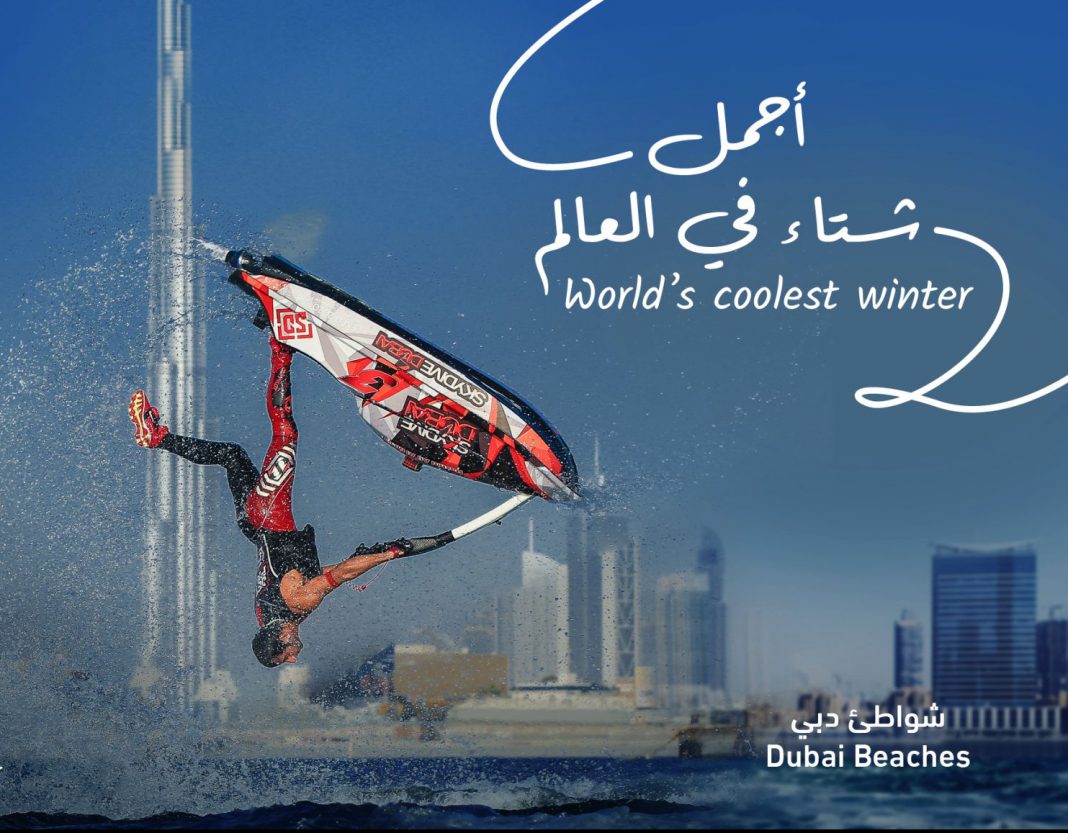 Dubai has announced its second season of the World’s Coolest Winter campaign, running until the end of January 2022, that will cover both domestic and foreign tourism.

The event was launched by HH Sheikh Mohammed bin Rashid Al Maktoum, Vice President, Prime Minister and Ruler of Dubai, at a special event at the Expo 2020 Dubai site.

In a series of tweets through his official account, HH Sheikh Mohammed bin Rashid Al Maktoum said, “We launched the second season of the World’s Coolest Winter campaign, in collaboration with federal entities and local tourism departments, reinforcing the UAE as one destination, as we outlined in the Principles of the 50.”

He then added, “The primary target audience of the campaign is domestic and family oriented, with the aim of gathering our families in our beautiful nation. We want families from Dubai and Abu Dhabi to enjoy Ras Al Khaimah and Fujairah, and families from other emirates to experience Abu Dhabi and Dubai. Everyone should enjoy the Emirates.”

This year’s World’s Coolest Winter campaign is an open invitation to all citizens and residents, as well as visitors to the UAE, to capture their most beautiful experiences, adventures and memorable moments in various parts of the country and share them across digital platforms. The campaign celebrates the human element in every visit to the UAE, which is central to its status as a sought-after global tourist destination with a relaxed and friendly atmosphere and is reflected in its values of tolerance, inclusion and respect for every visitor from every background.

The “World’s Coolest Winter” campaign is expanding this year to target international visitors, presenting the most important tourist and entertainment destinations in the country, its nature, culture, heritage, history, architecture and landmarks, and highlighting the distinctiveness of the tourism experience in each of the seven emirates. The campaign is also accompanied by the provision of many exclusive promotions for the campaign by tourist establishments, hotels, shops and restaurants.

During the mild winter season, the UAE also offers an ideal destination for the MICE (meetings, conference incentive and exhibition) sector, as well as resources for health and medical tourism, providing visitors from all over the world the opportunity to benefit from world-class health services as well as recuperation during the winter with its cool air and moderate heat.

The campaign also sheds light on the most important natural, cultural, heritage, historical and urban areas in the country and I highlight the unique nature of each of the country’s seven emirates.

The campaign focuses on the welcome and hospitality to be found in the Emirates, making people from everywhere feel comfortable relaxed and at home.

Airbus to highlight A350 at Wings India