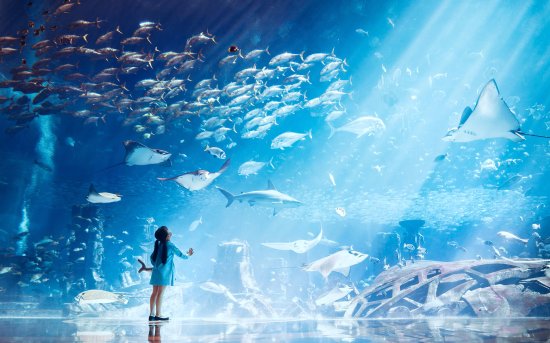 Atlantis, Dubai has announced that the resort has acquired membership of the World Association of Zoos and Aquariums (WAZA), an alliance of regional associations and national federations dedicated to the care and conservation of animals and their habitats.

By joining WAZA, the ocean-themed resort has become a member of a 400-stong global community working to support wildlife and improve animal welfare standards.

One of the resort’s priorities, and the second pillar of the Atlantis Atlas Project is marine conservation and animal welfare.

“Achieving WAZA membership highlights our commitment to sustainability and to doing business in ways that protect both people and planet, through the Atlantis Atlas Project.”

Since receiving accreditation from the Association of Zoos and Aquariums (AZA) last year, Atlantis, Dubai has led initiatives supporting and driving education around marine species and conservation.

On UN World Oceans Day 2021, the resort launched the Atlantis Atlas Project, cementing its commitment to doing business in ways that are good for both people and planet.

It announced that for every marine experience booked, $1 would be donated to conservation, sustainability, and environmental education initiatives, to be selected twice annually.

In addition, in February 2021, the resort launched its marine education programs, including the Mini, Junior and Master Marine Biologist programs, through which younger guests aged 3-16 can experience a day in the life of a marine biologist.

In the past year, Atlantis, Dubai’s shark and ray breeding and release program has also supported the release of Arabian carpet sharks back into Arabian Gulf waters.

It has also partnered with Zayed University, and founder and director of the UAE Dolphin Project Initiative, to support the Dubai Dolphin Survey 2021-22, a project which aims to gather scientific baseline information about the dolphin population off the coast of Dubai.

The resort features a variety of marine and entertainment attractions, as well as 22 hectares of waterpark amusement at Atlantis Aquaventure, all within a 46-hectare site.

Dnata readies for a busy summer in Dubai