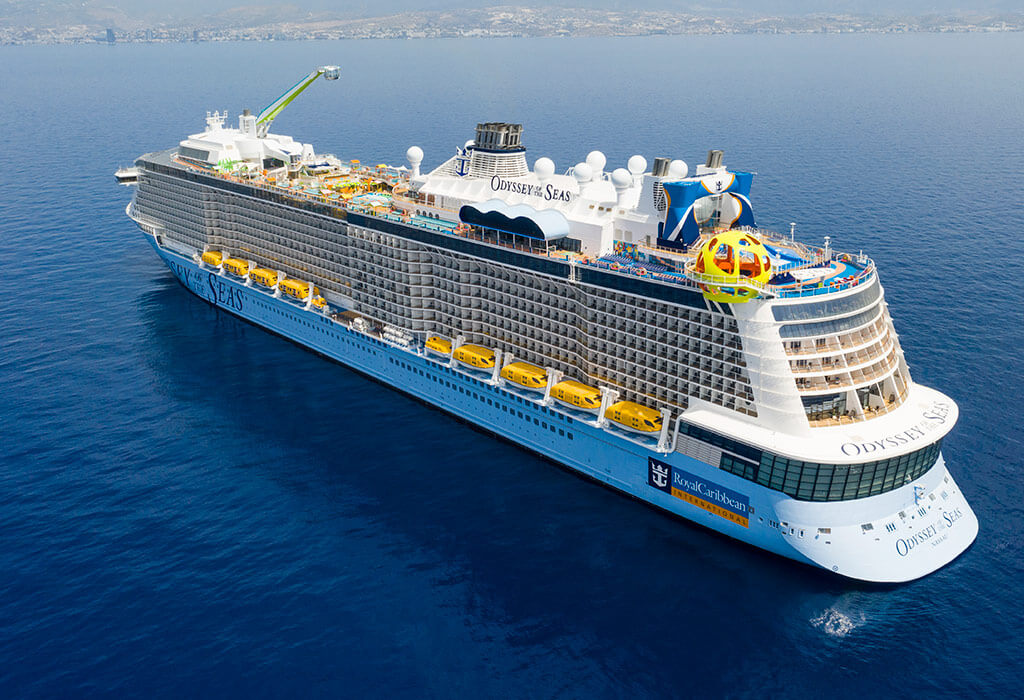 Royal Caribbean International revealed its 2023 European summer lineup, which will send nine ships to landmark destinations in more than 25 countries.

Beginning in May 2023, cruise passengers of all ages can experience Europe on a variety of cruises, ranging from five to 12 nights and visiting popular locations such as Iceland, Israel, Croatia, British Isles, Canary Islands, Greek Isles and more.

The announcement comes soon after the cruise liner’s Spectrum of the Seas was forced to return to port in Hong Kong after nine passengers who’d sailed aboard its January 2 voyage were identified as “close contacts” of Covid-positive contact.

For the new season, Royal Caribbean announced Odyssey of the Seas will spend summer 2023 sailing from Rome, while Anthem of the Seas will be homeported in Southampton, England, both offering the whole family a combination of signature features and standout experiences.

Symphony of the Seas is scheduled to sail from Rome and Barcelona with thrilling experiences across seven distinct neighborhoods only found on the cruise line’s ships, including the tallest slide at sea—the Ultimate Abyss— Broadway-caliber shows and more than 20 different restaurants, bars and lounges.

Royal Caribbean also released itinerary highlights for several other ships scheduled to sail in Europe in 2023:

Serenade of the Seas – Cruising from: Barcelona

Serenade will call the warm shores of Barcelona home and sail 8-night itineraries to the Western Mediterranean, 12-night cruises to the Greek Isles and 5-night sailings to Italy and France. Beaches and beats await in Ibiza, Spain, home to a legendary electronic music scene, while the Cote d’Azur offers a glamorous getaway in iconic Cannes, France.

Explorer of the Seas – Cruising from: Venice (Ravenna), Italy

New to Ravenna, Italy, Explorer will explore the Aegean Sea and visit Olympia, Greece – the birthplace of the Olympic Games – for the first time, among several picturesque destinations. The 7-night cruises will sail to the Greek Isles and beyond to Adriatic and Mediterranean gems such as Kotor, Montenegro, and Chania, Crete.

Brilliance of the Seas – Cruising from: Rome and Venice (Ravenna), Athens, Greece; and Barcelona

Sailing open-jaw itineraries from Italy, Greece and Spain, Brilliance will offer vacationers a choice of four epic European cities to start and complete their adventures in the Western Mediterranean, Greek Isles and Adriatic Sea. The 7-night cruises will sail from Rome to Athens, Greece; Athens to Venice; Venice to Barcelona; and Barcelona to Rome. Bucket list-worthy sites like the Diocletian’s Palace in Split, Croatia, St. Mark’s Basilica in Venice and Praetorian Palace in Koper, Slovenia – a new destination for Brilliance – are just a few of the top spots awaiting travelers.

Rhapsody of the Seas – Cruising from: Haifa, Israel, and Limassol, Cyprus

Rhapsody will be the first Royal Caribbean ship to sail from Limassol and Haifa, Israel, all in one season. The new summer combination consists of 7-night sailings to ports of call in Turkey, Israel and Greece, including first-time destinations for the cruise line, like Skiathos and Thessaloniki, Greece. Starting in September, the ship will take off on short 4- and 5-night getaways from Haifa and visit Cyprus and the Greek Isles.

Voyager of the Seas – Cruising from: Copenhagen, Denmark, and Stockholm

Voyager returns to Northern Europe, sailing from Copenhagen, Denmark, and Stockholm to offer a mix of 7- to 11-night itineraries around Scandinavian countries, Estonia and Russia. There will be stunning sites to behold, like the Church of the Savior on Spilled Blood in St. Petersburg, Russia, and the Suomenlinna fortress in Helsinki, Finland, a UNESCO World Heritage Site and one of the country’s most popular landmarks. Guests looking for a longer vacation can cruise from San Juan, Puerto Rico, to Copenhagen on a 14-night sailing that features an overnight in Bermuda and visits to St. Thomas, France and Belgium.

Jewel of the Seas – Cruising from: Amsterdam, the Netherlands

All summer, Jewel will cruise roundtrip from Amsterdam, the Netherlands, welcoming travelers on 12-night sailings to the Arctic Circle, the British Isles, Iceland and Ireland. Picturesque destinations, including the Blue Lagoon in Reykjavik and the White Cliffs of Dover in England, will be just a night’s rest away.