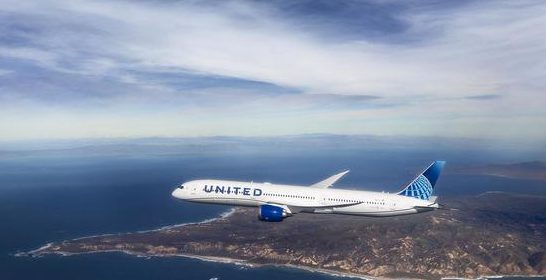 United Airlines has announced a new three-times weekly nonstop service between Queen Alia International Airport in Amman and its hub at Washington DC, starting May 7, 2022 (subject to government approval).

With the introduction of this new capital to capital service, the first-ever nonstop service between Amman and Washington DC, United will be the only US airline flying from Amman.

The new service from Amman is part of United’s largest transatlantic expansion in its history announced, including 10 new routes and five new destinations – Amman, Jordan; Bergen, Norway; Azores, Portugal; Mallorca, Spain and Tenerife in the Spanish Canary Islands. All of the new routes, which are set to begin in Spring 2022, are not served by any other North American carrier.

Additionally, next year, United will add new flights to five popular European destinations – Berlin, Dublin, Milan, Munich and Rome, as well as launch seven routes that were interrupted due to the pandemic from Bangalore, Frankfurt, Tokyo’s Haneda Airport, Nice and Zurich. Flights are subject to government approval.

“We look forward to the full recovery of international travel and are committed to continuing to leverage our leading global network in new, exciting ways,” said Patrick Quayle, United’s Senior Vice President International Network and Alliances.

“We are excited to announce the first-ever nonstop service between Amman and Washington DC and the expansion of our global route network,” said Marcel Fuchs, United’s Managing Director International Sales.

“As the only US airline flying from Amman direct to the US, our new service strengthens our international route network and provides our customers from Jordan with convenient one-stop connections via our Washington Dulles hub to other destinations across the Americas.”

The new route is subject to government approval and tickets will be available for purchase on united.com and the United app in the coming weeks.

United currently operates 251 daily flights to 111 destinations across the United States and around the world from its Washington Dulles hub. Washington Dulles serves as the international gateway to the US capital, with United service to 23 world capitals and 29 countries planned for Summer 2022.

Etihad to fly to New York twice daily from April