SalamAir transports over 1m passengers in 2021 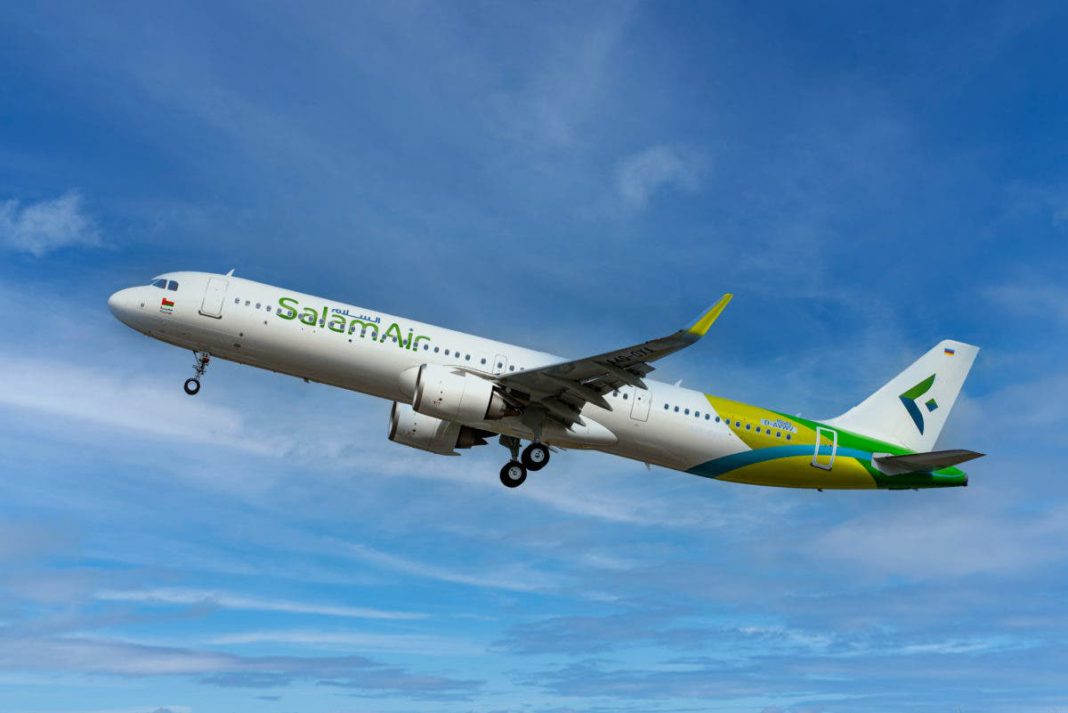 SalamAir, a low-cost airline in Oman, transported more than one million passengers in 2021, with a load factor of 71 in 9,200 flights, said the CEO of the airline.

Meanwhile, it plans to launch a domestic route from Duqm to Masirah and has approached the authorities for approval, Captain Mohamed Ahmed was quoted as saying in an Oman Observer report.

The carrier will receive a new Airbus new A321 aircraft in February, increasing the size of its fleet to eight aircraft, featuring advanced technology contributing to reducing fuel consumption and carbon emissions, he noted.

“The new plane, which can accommodate 212 passengers and is equipped with luxurious seats, will contribute to achieving the company’s expansion plan during the next summer, especially as the company seeks to inaugurate more new stations in Eastern Europe, Central Asian countries, and Turkey,” he added.

He explained the new stations will include Baku, Azerbaijan, Sarajevo in addition to Osh and Bishkek stations in Kyrgyzstan and Trabzon in Turkey, which continue throughout the year.

The company is also in the process of adding a third station in Turkey and another in Eastern Europe, which will be announced soon.