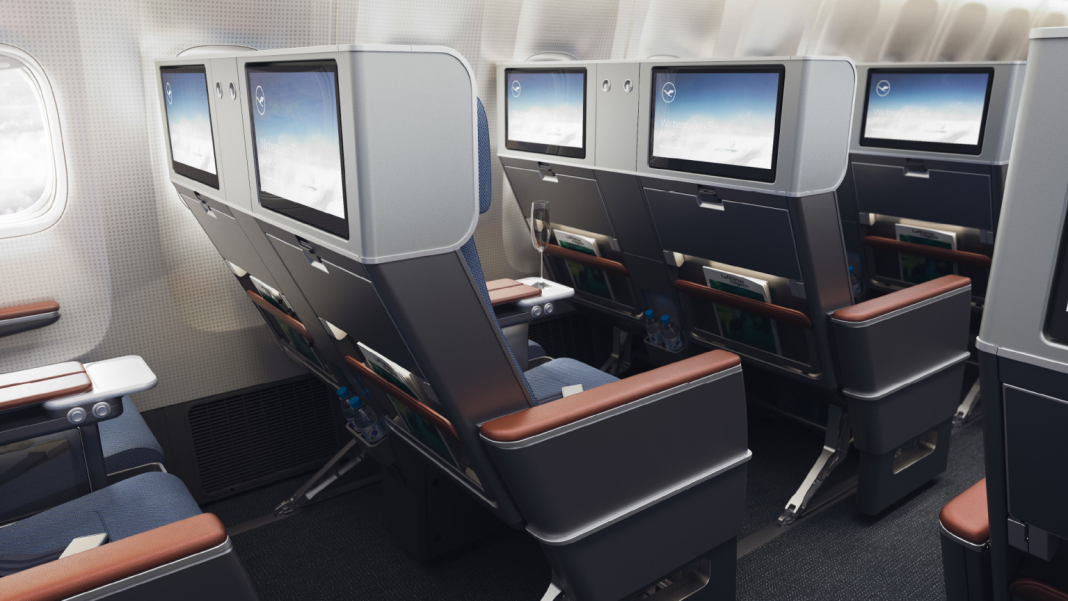 As previously reported, Lufthansa had originally planned to launch the new seat on its delayed B777-9 aircraft.

It is an upgrade on the Zim Magic seat, with which Lufthansa launched its premium economy offering back in 2014.

As reported last year, Lufthansa Group carrier Swiss is also in the process of fitting the Zim Privacy seats to its fleet of 12 B777-300ERs, and the press release confirmed that the seat will also be installed on nine of Swiss’ A330 aircraft, as well as the carrier’s A340s.

While the basic seat structure will be the same across both carriers, Zim said that it will be “customised with specification and trim & finish variants for Lufthansa and Swiss to enable each airline to maintain their own cabin branding”.

Commenting on the news Sven Achilles, CEO of Zim Aircraft Seating, said: “The award of this project to Zim Aircraft Seating is a very good sign for the future direction of commercial aviation in the long-lasting Covid-19 crisis and indicates a recovery in flight activities.

“The entire Zim Aircraft Seating team is very proud that we have hit the right nerve in the market with our new product development of the Zim Privacy, and that with Lufthansa and SWISS we were able to convince two strong partners as launch customers.”