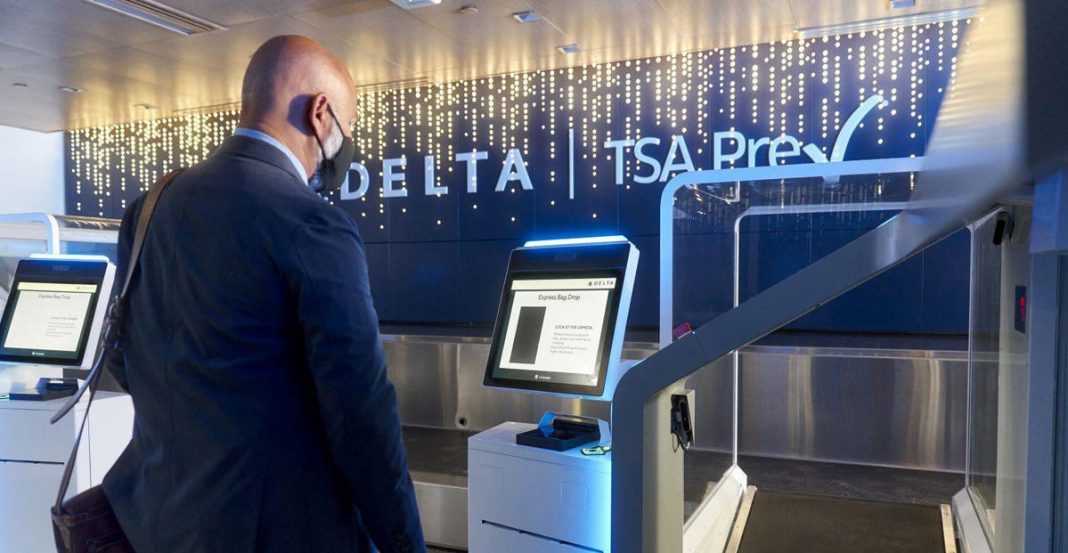 The facility, to be located on the lower level of Delta’s domestic Atlanta South Terminal, will open before the beginning of Thanksgiving travel, the carrier said.

The opening is part of a broader Delta initiative that will enable individuals who are both PreCheck and SkyMiles members to go hands-free through the airport for domestic flights. The process will be enabled by camera and facial-recognition technology, which will be deployed in lieu of physical identification and boarding passes for eligible flyers who opt into the program.

Upon arriving at the new PreCheck lobby, flyers will verify their identity via facial scan. Those who are checking bags will print and attach a bag tag from a self-serve kiosk and then place the bag on a conveyor belt. After that, flyers will pass through security and enter their plane with quick looks at a camera. They won’t have to show an ID or a boarding pass.

Delta is launching the facial-recognition boarding solution for domestic flights at Atlanta’s gates T1-18 with plans to expand the solution throughout its Atlanta operation. The PreCheck lobby, though, will be available to any qualified Delta flyers.

The carrier will also offer digital identity-enabled boarding at Detroit airport gates A10-12, though without the PreCheck lobby.

Delta hopes to eventually expand the solution across its hub network.

“This element of the customer journey is possible thanks to our strong partnerships with TSA, U.S. Customs and Border Protection and airport leadership, which were built over years of testing and perfecting facial recognition options for international customers,” Greg Forbes, Delta’s managing director of airport experience said.

“Delta is writing the playbook for the industry as the first and only carrier to test this experience with TSA and TSA PreCheck.”