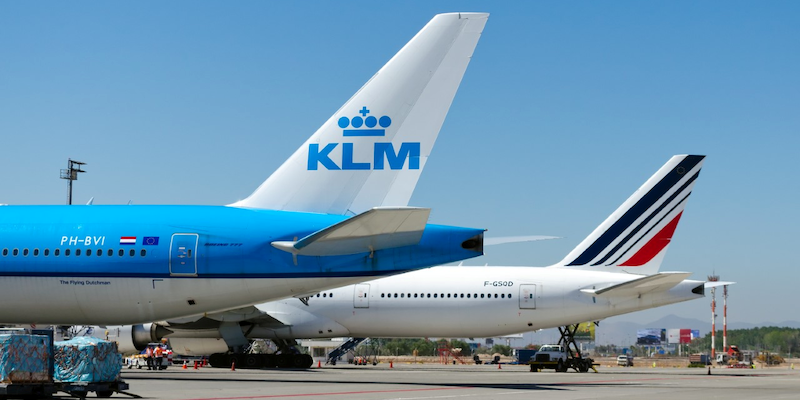 With the reopening of the North Atlantic to Americans visiting Europe, Air France-KLM says, recovery is visible after reporting a loss of nearly 1.5bn ($1.8bn) for Q2 2021. The airline now expects capacity at 60 per cent-70 per cent of 2019 levels in the third quarter, compared with 55 per cent – 65 per cent estimated in May.

7 million passengers booked flights with Air France-KLM in the second quarter , an increase of 477 per cent in comparision to the same quarter last year.

While passengers are returning to the air, uncertainty over COVID-19 rules continues to be a problem. KLM said with a majority of Europeans now fully vaccinated, countries should move quickly to harmonize regulations enabling more air travel.

Air France-KLM Group CEO Benjamin Smith was said: “Thanks to the easing of travel restrictions in several key regions, the Second quarter of 2021 saw the first signs of the long-awaited recovery. Travelers were able to take the skies again and Air France-KLM’s voluntarist approach in terms of capacities – combined with the Group’s balanced network and efficient hubs – proved conclusive. Reciprocity of borders reopening and the acceleration of the vaccination roll-out worldwide, especially in the context of the rise of the Delta variant, will play a key

role in maintaining this momentum.”

Pieter Elbers, head of the group’s Dutch unit said in a report to Reuters, “Obviously the first quarter was terrible and probably even more so for KLM due to the very specific measure of double testing. But, in the second (quarter) we see a significant improvement. We see the numbers picking up even within the second quarter, June was better than April and in July, the first week of July, Amsterdam was the busiest airport in Europe.”

“To make the most of the recovery and prepare for the future, Air France-KLM continued its transformation across all businesses and notably reinforced its sustainability efforts to lead the way to sustainable aviation,” added Smith

Despite the economic difficulties, the Group has remained mobilized to achieve its ambitious objectives of reducing its environmental footprint. By 2030, the Group will have halved its CO2 emissions per passenger/km compared to 2005 and will have achieved carbon neutrality for its ground operations. To achieve this, short, medium and long-term levers are being activated, including fleet renewal and modernization, the incorporation of sustainable aviation fuels and eco-piloting.

Etihad to fly to New York twice daily from April