UNWTO commits to build a stronger future for Tourism 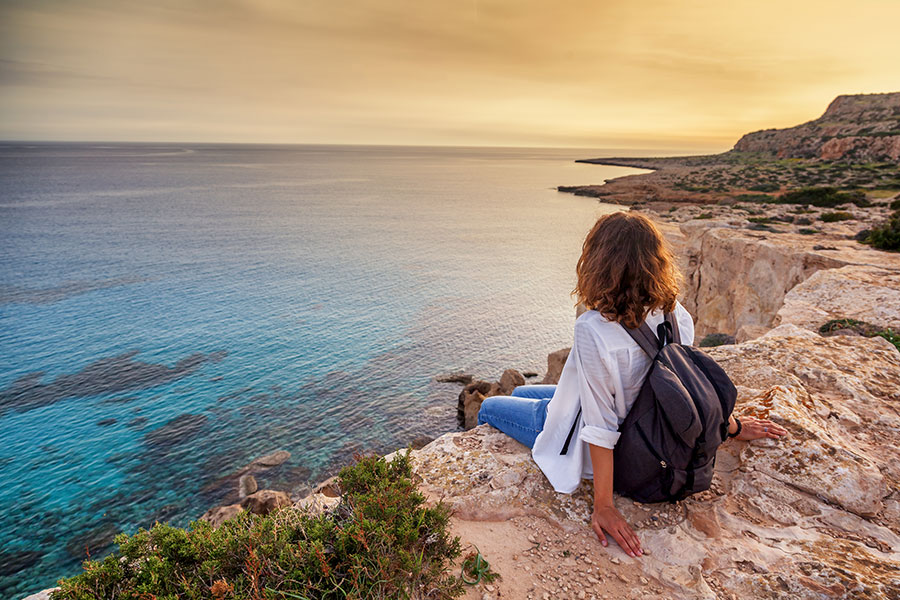 2021 has been a challenging year for our societies, our economies and tourism. According to UNWTO (UN World Trade Organization) Secretary-General Zurab Pololikashvili, with millions of jobs and businesses in peril and no clear end to an evolving pandemic crisis, it has been tough yet better year than when the pandemic was declared in March 2020.

2021 has laid the foundations to restart tourism, around the pillars of sustainability, innovation, people and investing for a resilient future.

The emergence of vaccines brought about much needed hope and there has been significant progress in finding the right balance between keeping people safe and keeping the vital lifeline of tourism intact, as illustrated by UNWTO’s effective collaboration with the World Health Organization (WHO) since the very start of the pandemic.

A collaborative and multilateral approach is and must remain at the centre of capitalizing on the lessons we have learned in such a short space of time.

Pololikashvili added that, ensuring harmonized travel protocols has been the key message since day one. “They are at the heart of tourism’s restart in many parts of the world, most notably in the Northern Hemisphere destinations during the peak summer months.”

“We are also encouraged by the resilience and determination coming from the tourism sector itself, as well as from our Member States.

Like never before, the pandemic has made clear tourism’s relevance to our economies and societies. Tourism is now part of the global conversation and at the heart of both national and international recovery action plans.”

Expanding on our mandate

Pololikashvili stated that interest in UNWTO’s innovation and start-up competitions have continued to grow, allowing them to showcase the talents unleashed, and the organizations shared readiness to hear new voices and embrace new ideas.

“Our global innovation ecosystem is now made up of more than 12,000 start-ups from 160 countries, with $83 million mobilized and 300 corporate partners currently working on new tourism technologies.”

“We promote lifelong learning thanks to partnerships with the world’s top five institutions in tourism and hospitality. Together, IE university, Les Riches, Glion Institute, Ecole du Casse and the Swiss Education Group offer 19 online courses in Spanish, English and Arabic – a true ‘online university of universities’.”

Underpinning it all are data analytics on tourism investments powered by our partnership with the Financial Times. Through this, we have produced the first UNWTO tourism investment guidelines, which we are now scaling up to create guidelines for doing tourism businesses by country.

Restarting tourism is unthinkable without green investments. UNWTO is collaborating with institutions such as the World Bank’s International Finance Corporation and the Inter-American Development Bank as well as more than 200 investors, as part of their global investment network advancing critical work such as supporting hotel chains from 50 countries to become more sustainable.

For people and planet

“Tourism is ready to do the hard work and live up to its responsibilities to people and planet, as demonstrated by the huge interest UNWTO received at the Glasgow Declaration on Climate Action in Tourism, launched at the UN Climate Summit COP26,” said Pololikashvili.

“We are receiving a growing number of commitments to halve emissions by 2030 and to reach NetZero by 2050 at the latest, with Member countries, individual destinations, global companies and local players as well as media outlets, hundreds are on board, and counting.”

“And for people, we are making sure the benefits tourism offers are enjoyed as widely and fairly as possible. That includes establishing the sector as a driver of rural development, as celebrated through the Best Tourism Villages by UNWTO initiative,” he added.

Launched to great enthusiasm this year, 44 villages from 32 countries were granted the recognition during our recent General Assembly, for showing a commitment to tourism development in line with the Sustainable Development Goals. The 24th UNWTO General Assembly in Madrid brought our Members together to speak with one voice. Members commended UNWTO’s work done during the pandemic and its vision for the future of both the Organization and the sector, endorsing key initiatives such as a first International Code for the Protection of Tourists.

Tourism is now part of the global conversation and at the heart of both national and international recovery action plans. And support for UNWTO has never been louder or more visible. Over the past 12 months, the organization has strengthened key partnerships, among them the G20 and G7, as well as ICAO (the International Civil Aviation Organization), FAO (the Food and Agriculture Organization of the United Nations), the World Bank, IDB (Inter-American Development Bank), CAF, (The Development Bank of Latin America) and the EBRD (European Bank for Reconstruction and Development).

“We have further strengthened our voice at the top of the United Nations, including the landmark recognition of tourism and UNWTO by the UN Secretary-General.”

Closer to our Members

UNWTO has made a significant leap to be on the ground next to our Members. This year the first Regional Office for the Middle East opened in Riyadh, in the Kingdom of Saudi Arabia. The new office will serve as the platform to deliver their commitment to education and as a global centre for tourism and rural development.

“Moving closer to our Members in other regions is an ongoing task and we will also work towards opening the first regional offices in Africa and the Americas,” added Pololikashvili.

“As we advance preparations for these new hubs, we also welcome new Member States. Antigua and Barbuda, a destination where tourism is an economic pillar, has joined UNWTO. This shows that tourism-dependent countries look to UNWTO and depend on us, and we are ready to live up to this responsibility. Alongside this our network of Affiliate Members of the private sector, local administrations, destinations and academia, keeps growing.”

“The way in which the pandemic has developed over the closing weeks of the year gives us all reason for concern and to again put public health above everything else.

“But recent developments again validate our initial position: the only way forward is through collaboration and actions that are based on evidence rather than on speculation or political strategy.”

UNWTO is in a good place to use the achievements of 2021 as a springboard for building a better tourism in the years to come, with the sector ready to return once conditions are right.