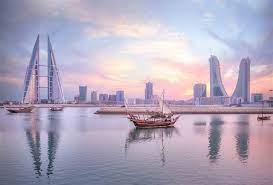 The UAE retained the top destination position for tourism foreign direct investment (FDI) by number of projects into the Middle East and Africa in 2020, while Bahrain ranked first in terms of capital investment in the region, said a report.

The fDi Intelligence Tourism Investment report 2021 said UAE held a 58 per cent market share of the FDI projects in the region. The UAE was followed by Bahrain, Oman, Saudi Arabia and Qatar.

Bahrain also placed first in terms of job creation in the tourism cluster in 2020, with a 40 per cent market share across the region.

The UAE was the primary source country for tourism investments between 2016 and 2020, investing in 61 outward FDI tourism projects which equated to more than half of all outbound FDI tourism projects from the region. This was followed by Qatar with 10 outward investments and Saudi Arabia and Israel in joint third with eight projects, respectively.

Foreign investors announced 263 tourism foreign direct investment (FDI) projects worth $21.8 billion in the Middle East and Africa between 2016 and 2020. During the same period, job creation in the tourism cluster reached more than 40,000, the report said.

Capital investment into the Middle East and Africa in 2020 witnessed a decrease of 82 per cent from 2019, dropping to $1.6 billion. The number of tourism jobs created in the region also experienced a similar decline, decreasing from approximately 17,400 in 2019 to 2800 in 2020.

The UAE held the top position for the number of tourism jobs created between 2016 and 2020, with 11,000 new roles created. This was followed by Morocco with 3800 and Egypt with 3600 new jobs created, the report said.