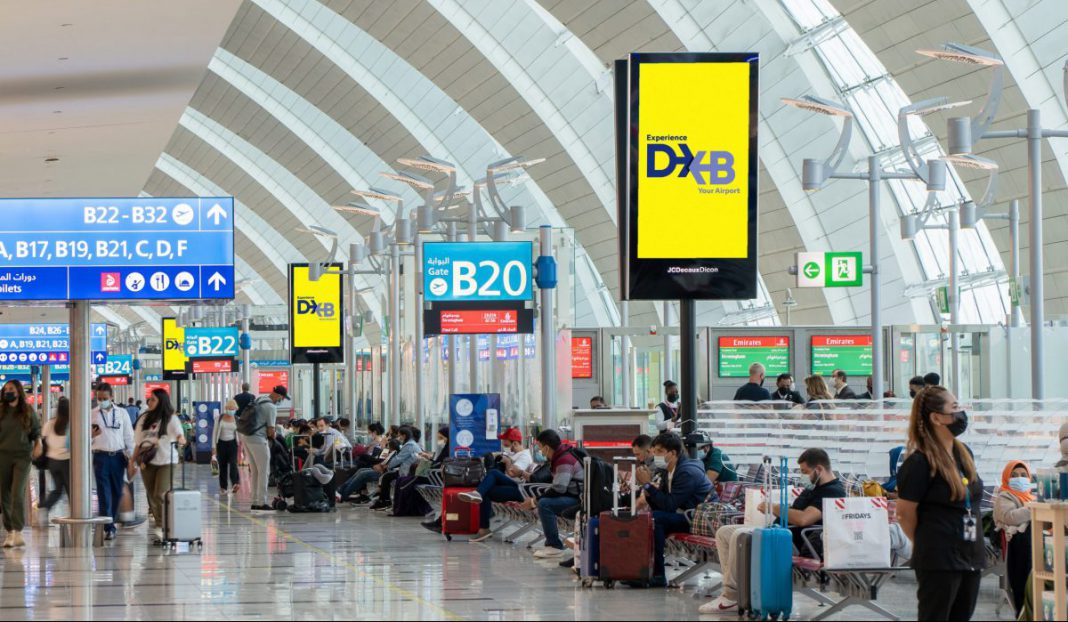 A steady surge of growth throughout the second quarter has propelled Dubai International’s (DXB) half yearly traffic to 27.9 million passengers, just 1.2 million shy of the airport’s total annual traffic last year. DXB achieved the milestone despite a significant reduction in capacity resulting from the 45-day closure of its northern runway in May-June for a major refurbishment project.

Key Figures: Maintaining its growth recovery for the ninth successive quarter since the start of the pandemic, DXB recorded 14.2 million passengers in the second quarter of 2022, a year-on-year jump of 190.6 per cent. The hub welcomed a total of 27,884,888 passengers in the first half of the year, up 161.9 per cent compared to H1 2021. The traffic volume represents 67.5 per cent of DXB’s pre-pandemic passenger traffic during the same period in 2019.

Cargo: DXB handled 390,520 tonnes of cargo in the second quarter, bringing the total freight volume for the first six months of 2022 to 910,075 tonnes, a contraction of 18.9 per cent. DXB’s cargo traffic was impacted during the second quarter by the moving of major freight operators back to Dubai World Central (DWC) in March. As a significant portion of the cargo traffic at DXB is carried within the hold of passenger aircraft, the total cargo throughput was affected by the reduction in capacity due to the northern runway refurbishment programme, which took place between May 9 and June 22.

”DXB’s recovery from the impact of the global pandemic has been spectacular, and that position has been strengthened during 2022, particularly during the second quarter. Not only has Dubai Airports been successful in managing the recovery, but customer service quality has been maintained throughout. We knew at the start of the pandemic that the dramatic downturn would be followed by an equally dramatic upturn, so we were well prepared for it and using all of the business data at our disposal were able to predict the start of the recovery. We worked with our service partners across the airport community to be ready and prepared to deliver the consistently smooth and easy experience that our passengers have come to expect at DXB,” said Paul Griffiths, CEO of Dubai Airports.

Waiting Times: Thanks to DXB’s investment in the latest biometric technology, Smart Gates are now speeding customers through the immigration process and our advanced operations control centre uses real-time information to improve service and efficiency across all touchpoints. Customer waiting times have also remained short despite surging traffic. During the first half, 96 per cent of passengers queued for less than 5 minutes at departure passport control, whilst the average queue times at security check on departures was less than 3 minutes for 97 per cent of total passengers.

Baggage: The 175km long baggage handling system at DXB processed a total of 27.1 million bags in the first half of 2022 with a success rate of 99.8 per cent (mishandled baggage rate of 1.75 bags per 1,000 passengers), an impressive performance for the world’s busiest international hub.  In terms of baggage delivery on arrival, 92 per cent of all baggage was delivered within 30 minutes. The current baggage volume represents 77.2 per cent of the baggage volume at DXB for the same period in 2019.

Forecast: Based on the strong first half and projection of a stronger second half with average monthly traffic expected to reach 5.6 million passengers, Dubai Airports has readjusted upwards its annual forecast for 2022 to 62.4 million passengers.

Amadeus looks into the Metaverse with its Microsoft partnership