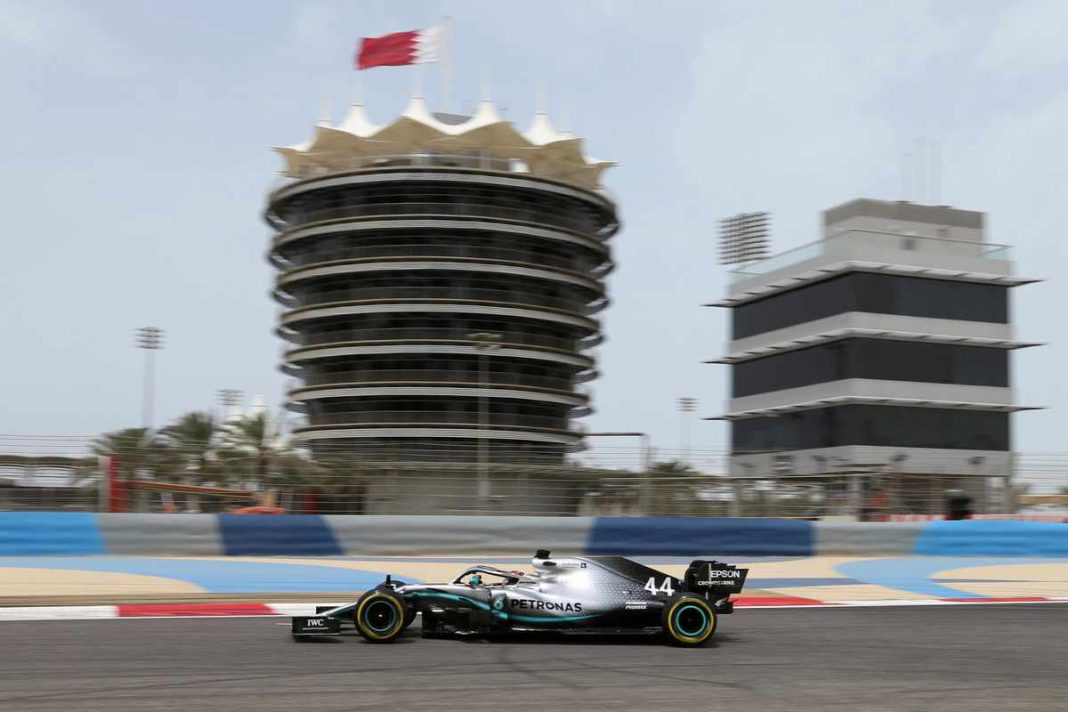 Gulf Air, the national carrier of Bahrain, has added an additional daily flight from London Heathrow to Bahrain on March 16, 17, 21 and 22 to operate three daily services during the Formula One Gulf Air Bahrain Grand Prix weekend.

Passengers with a valid Formula One ticket and flying on Gulf Air flights to Bahrain from London Heathrow during this period will receive free lounge access at London Heathrow and at Bahrain International Airport.

Captain Waleed Abdulhameed AlAlawi, Gulf Air’s Acting Chief Executive Officer commented: “The demand for attendance to the season opener has definitely been significant and we are excited to welcome our global visitors to the Kingdom of Bahrain to witness the Formula One Gulf Air Bahrain Grand Prix race.

“The race has always been an important global event for the Kingdom of Bahrain, Gulf Air and our partners the Bahrain International Circuit and adding an extra flight with our Boeing 787-9 Dreamliner to match the demand for the race as spectator prepare their visits to attend.”

On behalf of the Bahrain Tourism & Exhibition Authority, Dr Nasser Qaedi, Chief Executive Officer commented: “2022 is proving to be an exciting year for tourism in Bahrain and the great reception we have been receiving from international travellers who are travelling to Bahrain to watch the season opener of the Formula One race is a testament to that. We are excited to welcome more tourists from the UK to enjoy both the race and the other activities and attractions happening on our island in March.”

On behalf of the Bahrain International Circuit, Shaikh Salman bin Isa AlKhalifa, Chief Executive commented: “In recent weeks we have seen great demand for tickets and travel packages from international fans, including from the UK. We are thankful to our partners at Gulf Air for adding to their capacity and we look forward to fans joining us from all over the world to celebrate the beginning of this great new era for the sport.”

The 2022 race, taking place on March 18 – 20, will usher in a new era for F1, following possibly the biggest revolution of rules in the history of the sport. As the opening race of the season, it will be the first opportunity for F1 fans around the world to witness the new cars in action.

All Bahrain Grand Prix ticket-holders will be able to attend the concerts at no extra cost. Further details on concerts and entertainment will be amounted in the lead up to the event. Amongst the other attractions at BIC over the race weekend are stage acts and roaming performers, such as renowned street performer Abraham Thill, a life-sized Toy Brigade, Funky Style Band from Italy, Jam Batucada musical show from Spain, and plenty of other entertainment. Tickets can be bought online at BIC’s official website.

Recently, Gulf Air announced the return of its exclusive Formula One Gulf Air Bahrain Grand Prix packages on gulfair.com for passengers visiting Bahrain in coordination with Bahrain Tourism and Exhibition Authority and the Bahrain International Circuit. This would allow eligible visitors to book a flight, accommodation, a 3-day race pass along with transport to and from the race.

The Chedi to open in Red Sea at El Gouna