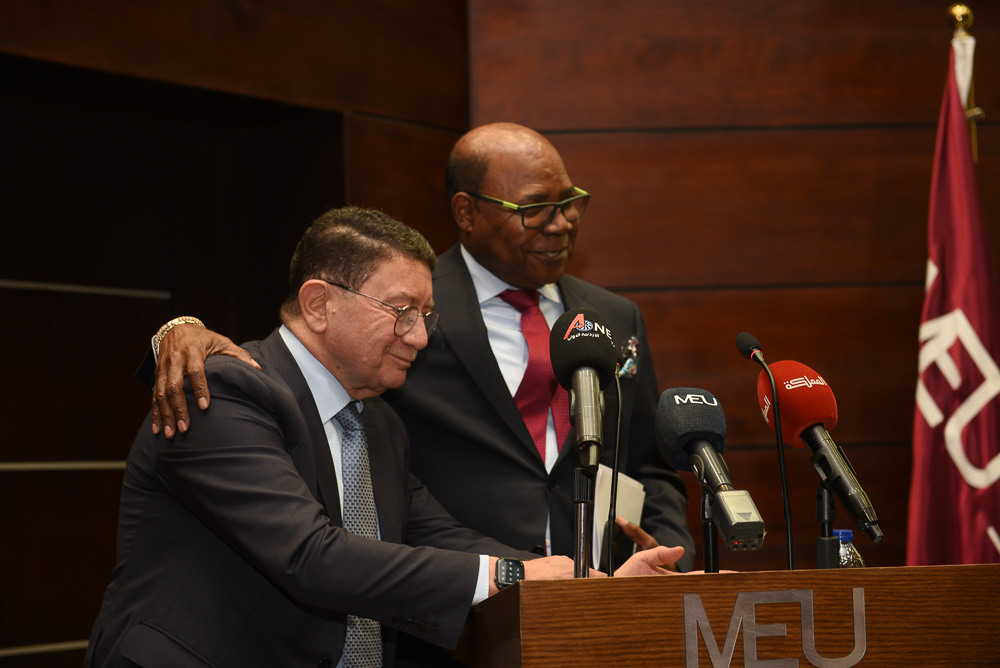 Jamaica minister of tourism and Global Tourism Resilience & Crisis Management Centre (GTRCMC) co-founder, Edmund Bartlettto inaugurated a new location for the organization in Jordan. The new center at the Middle East University will be referred to as the Taleb Rifai Centre and will operate under the leadership of professor Salam Almahadin, president of the university.

“We trust that this initiative will play a key role in delivering resilience, robustness and agility to the tourism industry which is one of the most important sectors in the Jordanian economy through its 13 per cent contribution to GDP.”

The Jordan facility is the third such satellite centre to launch, followings the GTRCMC debut in Jamaica and a facility in Kenya. Earlier this month, the GTRCMC successfully launched the Global Tourism Resilience Day during an event at Expo 2020 in Dubai.

The move was part of a multi-tier, international campaign to build resilience in the global travel industry through expansion of the Global Tourism Resilience & Disaster Management Centres.

A book tourism resilience was also released, outlining best practice. The GTRCMC model works in partnership with an outstanding institution of higher learning, namely a well-situated university with departments covering management, research, innovation, civics, policy creation and international development. Middle East University is just such a partner and will be the regional driver for further expansion in the Middle East and north Africa.

Opened in 2005, the university has around 5,000 students, and through the Taleb Rifai Centre will seek to deliver an academically rigorous environment that will identify solutions.

“We will seek funding to conduct research and develop policies in tourism resilience and crisis management, provide capacity building for the tourism sector and provide tool­kits and guidelines.

“We will utilise its professional relations with other universities across the region and beyond to establish bilateral and multilateral projects and exchange programs,” explained Almahadin.

In Toronto, George Brown College has seven academic centres and locations. It is located on the territory of the Mississaugas of the Credit First Nation and other indigenous peoples, and seeks to build connections between people who learn, work and live in the community.

In Bulgaria, the 100-year-old University of National and World Economy – the oldest and largest school of economics in south-east Europe – was the selected partner. A new centre will be established under the tutelage of former tourism minister, Nikolina Angelkova.

“The students at all these universities are critical to the program’s success in that it starts with research, understanding and developing the regional risk profile, recommending best practices to influence policy-making based on empirical data and other success-based programs,” Bartlett elaborated.

The Global Tourism Resilience & Crisis Management Centre, headquartered in Jamaica at the University of the West Indies (Mona campus), was the first academic resource center dedicated to addressing crises and resilience for the travel industry of the region. The body assists destinations in preparedness, management and recovery from disruptions and/or crises that impact tourism and threaten economies and livelihoods globally. Since its inception in 2018, several satellite centers have been launched in Kenya, Canada, Jordan and Bulgaria. Others are in the process of inscription in Costa Rica, Nigeria, Spain, Greece and Ghana.