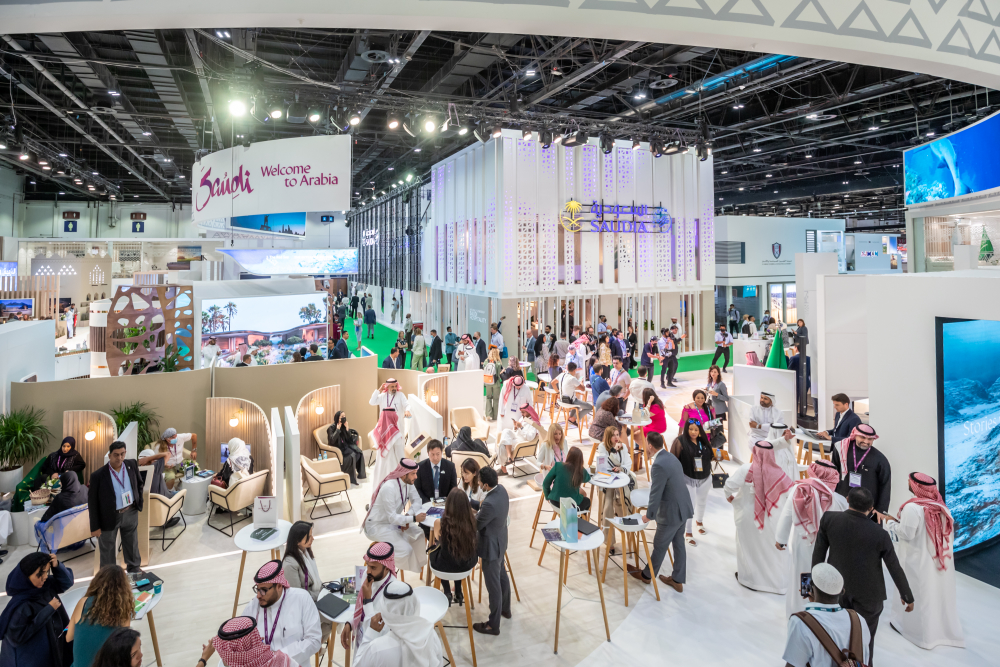 Saudi Arabia registered more international arrivals than any other Arab nation during the first nine months of 2022, as government officials target 100 million annual visitors by the end of this decade. Owing to these unprecedented numbers, the Kingdom’s burgeoning tourism sector will represent a key focus at Arabian Travel Market (ATM) 2023, which will take place at Dubai World Trade Centre (DWTC) from May 1-4 .

This year’s Saudi Summit will take place on the Global Stage and focus on the importance of the Kingdom in reshaping the regional travel and tourism landscape now that mega projects are well under way. In addition to the summit, ATM 2023 will feature a host of Saudi exhibitors, including Saudi Arabian Airlines (SAUDIA), flynas, Makkah Clock Royal Tower, Asma Hospitality Company, Eye of Riyadh, Itrip, Dur Hospitality, Sadana Real Estate Co, Saudi Amad for Airport Services & Transport Support and many more.

Danielle Curtis, Exhibition Director ME, Arabian Travel Market, said: “The ATM 2023 Saudi Summit will offer an ideal forum in which travel professionals and policymakers from across the Middle East and beyond can explore opportunities and challenges within the Kingdom’s ever-growing tourism sector.

“From upcoming giga-developments such as NEOM and the Red Sea Project to how the Kingdom’s latest visa reforms are bolstering its travel sector, we expect Saudi Arabia to represent a major drawcard during the upcoming edition of ATM,” Curtis added.

Tourism spending in Saudi Arabia also skyrocketed last year, hitting $7.2 billion in H1 2022 according to figures released by the country’s Ministry of Investment. Travel experts from around the world will place these statistics under the microscope at ATM 2023, as part of a series of KSA-focused sessions and panel discussions.

As well as market-specific focuses such as Saudi Arabia, ATM 2023 will explore the future of sustainable travel in line with its theme of ‘Working Towards Net Zero’. Having officially initiated its journey to net zero, the conference programme will explore how innovative sustainable travel trends are likely to evolve, allowing delegates to identify growth strategies within key vertical sectors, while providing a platform for regional experts to explore a sustainable future ahead of COP28, which will take place in November 2023 at Expo City Dubai.

The conference will also feature a sustainability category at its annual exhibitor awards for the first time. Exhibiting organizations will be recognized based on the extent to which they have considered the environmental impact of their stands, as well as their efforts to reduce their carbon footprint.

France to be most visited country in the world by 2025

Emirates, Air India, and others cancel flights to US over 5G rollout