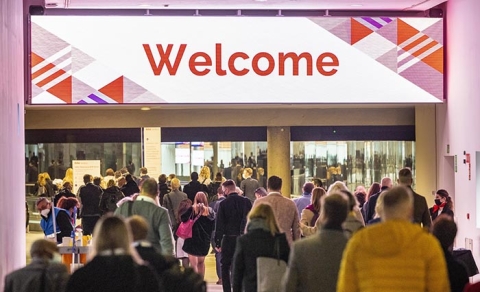 The number of pre-scheduled appointments at the flagship Barcelona show, which will focus on culture creation as its theme, are already ahead of 2019 figures representing the highest number of appointments per attendee than ever before. This number will increase further as diaries are now open, allowing exhibitors to send invites to buyers. A total of 60,000 pre-scheduled meetings are confirmed to take place over the three-day event.

Visitor registration is tracking ahead of 2019 – and it is anticipated that there will be over 10,000 attendees at the show. The three-day event is once again set to be truly global, with a total of 2,200 exhibitors attending from over 100 countries. In addition, there are 91 per cent of the number of destinations that attended in 2019, making the IBTM World a truly global event experience.

More hotels are represented than in 2019, including Accor which will return after a long absence. IBTM World will welcome back Brazil, alongside its 20 stand partners, and Malaysia is returning after attending in 2021. Tokyo Convention & Visitor Bureau will attend with ten partners, including the Japan National Tourism Office and Kyoto Convention & Visitors Bureau, and will represent Japan which has recently reopened for business.

New Zealand will have a significantly greater presence this year, and Bahrain has increased its participation to promote the new convention centre, Bahrain International Exhibition & Convention Centre. On the tech side, Stova will be launching their new brand alongside a number of new key tech exhibitors.

David Thompson, Event Director, IBTM World, said: “The big numbers we are seeing ahead of this year’s show demonstrate that the industry is ready to do business again on a global scale. This year we have an invigorated show with exciting new formats, exclusive buyer programmes and experiences and interactive knowledge programme sessions. We look forward to bringing the whole world together for three days of meetings, inspiration and connections.”