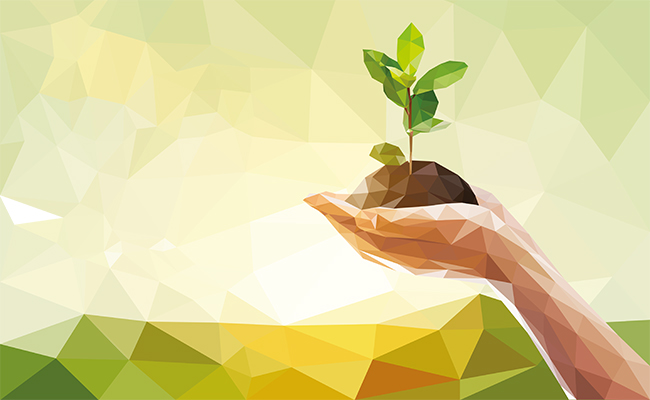 The COVID-19 pandemic changed the way we travel. From booking flights and hotels, to choosing a holiday destination – the return of travel has been less about return to profitability and more about traveling responsibly.

At pre-pandemic levels, aviation was responsible for 2-3 per cent of overall global emissions. The International Air Transport Association (IATA) forecasts does see significant growth however it will be defined by a sustainable, long-term recovery of the aviation industry by making a transition to net-zero flying as their priority.

Achieving net-zero CO2 emissions by 2050 will not only help create an environmentally sustainable future but also ensure a financially resilient and competitive aviation industry as a whole. If aviation is to achieve its target of net zero carbon emissions by 2050, investment in sustainable aviation fuels (SAF) is essential. SAF drop-in technology has the potential to cut carbon emissions in the range of 70 to 100 per cent. To date, they have powered some 450,000 flights.

The use of sustainable aviation fuel (SAF) – fuel either made from biogenic feedstocks such as waste cooking oil, agricultural residues and municipal waste, or through next generation SAF technologies such as power-to-liquid from recycled CO2 and carbon-capture technologies, can help in achieving this transition. Used in commercial aviation, it can reduce CO2 emissions by up to 80 per cent.

SAF is relevant for addressing carbon emissions that are generated from long-haul flights. One of the key financial advantage of making that shift is the non- requirement any equipment investment, since SAF can be blended with conventional jet fuel. All these make SAF the most dependable way to make progress on net zero emissions, for both long and short haul aviation.

However, the cost of the fuel and current limited supply of SAF has limited its wider adoption. Today’s commercial production of SAF is only approximately 0.05 per cent of total EU jet fuel consumption and approximately 0.1 per cent of fuel uptake is SAF – the pace of which is nowhere near what it should be to meet global climate objectives.

“Even if we have hydrogen and electric propulsion systems for short haul commercial flights by 2035, the majority of emissions come from long-haul widebody flights,” says Hemant Mistry, IATA’s Director of Energy Transition in a report published by IATA’s Airlines magazine. “We need SAF to be widely available at a competitive price.”

“If you take a flight in 2025, there are decent odds that some SAF will be in the tank,” says Mistry. “There will have been more than one million flights and production will have swollen some 50 times from 2021 volumes. About 50 airports will have some SAF in the system and the next wave of production facilities will have been announced focusing on industrial waste gases, waste agricultural, and forestry material, and aviation will be regularly turning household rubbish into jet fuel.”

“But you have to factor in not only the cost of fossil kerosene but also the cost of burning it,” says Mistry. “Emitting carbon will get more expensive and airlines should build that into any assumptions about the SAF price.”

Mistry accepts that SAF may not achieve price parity in the near future, but he does believe that the price will become competitive.

“Airlines will need to use SAF, and it is better to get experience of it now. It is a drop-in fuel, but airlines might need to know where it is best to use SAF, for example. Some parts of the world will have better availability or attach more importance to their use. SAF will influence strategic decisions.”

And the effort is on. Global airline companies have announced various programs to try to become more sustainable in the coming years. Both, Airbus and Boeing have pledged that their fleets will be able to fly 100 percent on SAF by 2030, even as SAF accounts for less than 0.1 per cent of aviation fuel currently used.

Delta Air Lines recently committed $1 billion to become carbon neutral by 2030 while JetBlue pledged to get there by 2040, and United Airlines by 2050.

Etihad Airways has committed to a goal of achieving zero net carbon emissions by 2050. To do that, they have pledged to achieve a 20 per cent reduction in emissions intensity by 2025, and by 2035, to have cut 2019 net emissions by 50 per cent. In addition together with Boeing and GE, the airline is testing new green technologies – including the use of SAFs and eco-friendly in-flight products on the Etihad Greenliner our Dreamliner fleet, with a specially-themed Boeing 787 at the helm.

Onboard Lufthansa, passengers can choose how to offset the CO2 emissions of their air travel directly on board: either via Sustainable Aviation Fuel made from biogenic residues, via high-quality carbon offset projects run by the non-profit organization myclimate, or via a combination of both options. Passengers will have access to this service free of charge via the in-flight Internet on their mobile devices.

Cathay Pacific’s carbon offset programme, Fly Greener too, allows passengers to purchase offsets based on the CO2 emissions generated from their flight. These contributions go directly towards Gold Standard-accredited third-party projects that actively reduce emissions. Since the launch of the programme in 2007, the program has offset over 300,000 tonnes of carbon emissions.

IATA estimates that to reach net zero by 2050, the aviation sector will require about 450 billion liters of SAF compared to 100 million liters .

“IATA plays a role in bringing organizations together, sometimes doing matchmaking and importantly, upholding the technical and sustainability standards that airline passengers and the wider community expect,” he adds. “Increasingly, IATA has been actively engaging with policy makers to help design policies that support accelerating the global deployment of SAF.”

Recently oneworld airline alliance announced plans for six of its members – Alaska Airlines, American Airlines, British Airways, Finnair, Japan Airlines and Qatar Airways – to collectively acquire up to 200 million gallons of SAF per year at a range of airports in California, for five years from 2027.

The fuel will be sourced from Colorado-based renewable fuels producer Gevo and made from inedible corn products, processed to create ethanol, then converted to SAF. The RSB-certified fuel will be supplied to airports including Los Angeles, San Francisco, San Diego and San Jose from three new facilities under development in the US Midwest.

Fintech for travel, the next emerging investment boom