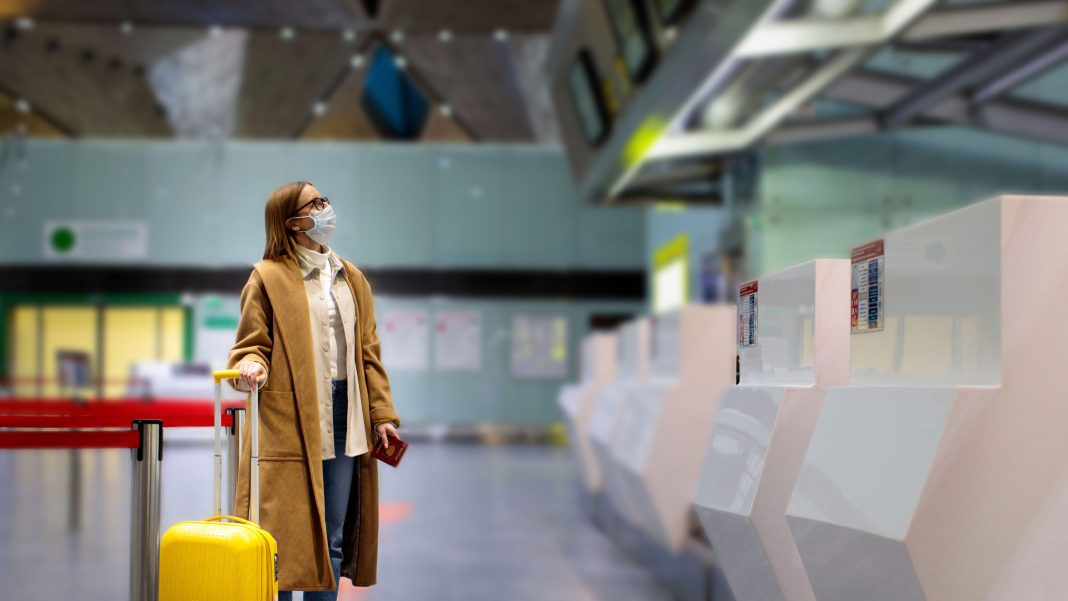 Just as tourism arrivals (overnight visitors) witnessed an increase of 58 per cent in July-September, compared to the same period of 2020, reports of the new Omicron Covid-19 variant has put an already fragile tourism recovery in a state of panic.

Travel restrictions are being re-imposed and flights, particularly to South Africa, are again being disrupted as concerns over the Omicron variant continue to grow.

Omicron, the new variant which was first detected in Botswana, sent Europe into high alert after cases were detected in the United Kingdom, Germany, Italy and Belgium. The Czech Republic, Austria, Israel and the Netherlands are all now investigating suspected cases of the variant. The new Omicron strain has been designated a “variant of concern” by the World Health Organisation (WHO).

IATA’s Director General Willie Walsh said that governments responding to the risks of the new coronavirus variant in emergency mode was “causing fear among the traveling public.”

“As quickly as possible we must use the experience of the last two years to move to a coordinated data-driven approach that finds safe alternatives to border closures and quarantine. Travel restrictions are not a long-term solution to control COVID variants.”

Currently the European Union has announced travel restrictions to and from seven countries in southern Africa — Botswana, Eswatini, Lesotho, Mozambique, Namibia, South Africa and Zimbabwe — while the United States and South Korea have targeted those countries and Malawi. Britain has restricted travel with those eight nations and Angola, Mozambique and Zambia.

Australia, who recently opened borders after two tough years, abruptly reversed plans to reopen its international borders to skilled workers and students, an eleventh-hour decision prompted by the new concerns. Japan too announced plans to bar the new entry of foreigners from around the world.

Dubai is restricting travelers originating from or transiting from South Africa, Botswana, Eswatini, Lesotho, Mozambique, Namibia, South Africa and Zimbabwe, according to Emirates airline while Oman has suspended incoming flights from the said countries.

However, at the time of publishing this, the two U.S. airlines – United and Delta, that service South Africa have not altered their flight schedules despite the decision by President Biden to restrict visitation from the nation.

Travel agents from across the world are particularly worried about cancellations in the coming days even though it it still too early to assess the impact of this new variant.

Travel portals such as Cleartrip and Ixigo, said in a report to The Economic Times, that they are flooded with passenger queries on new testing and quarantine rules (in India) and possibilities of travel bans by other countries.

“This is a reality, the new normal that we will all have to accept. As not enough data is available on the new variant, we are awaiting more details from our health authorities,” said Madhavan Menon, chairman and managing director of Thomas Cook, India. “While we have received a couple of cancellations, this is clearly not a trend.”

According to a Skift report, Australian travelers booked through Flight Centre Travel Group Ltd have also canceled or delayed trips amid new requirements for arrivals to isolate at home or a hotel for 72 hours while awaiting the results of a Covid-19 test, a spokesperson for the travel agency said.

Within Africa, there have been cancellations mostly from guests affected by border closures. For the tourism industry in South Africa, representing around 3 per cent of GDP, the new travel ban represents a huge problem, particularly, at a time when the recovery is struggling to gain traction.

Meanwhile South Africa minister of tourism, Lindiwe Sisulu has said that the country remains open to tourism despite the discovery of a new Covid-19 variant.

Sisulu explained: “While this is most disappointing South Africa will continue working with policy makers in the UK, Japan, Israel and European Union to ensure that the best possible interventions are put in place.

She added: “We remain open for business and tourism travel, and we appreciate the continued support from various partners across the world and are confident that through the tourism recovery plan in place, we will reignite demand and once more be tourism strong.”

Detection of the Omicron variant comes at a time when travel demand has been on the rise.

“Pent up travel demand remained strong despite high occupancy and rates/air fares, and our domestic demand is even higher than pre-pandemic levels,” said Menon of Thomas Cook. “With a calibrated reopening of international commercial flights, we look forward to increased capacity and rationalization of fares – creating a healthy pipeline towards recovery in 2022.”

UNWTO Secretary-General Zurab Pololikashvili said: “According to a recently released UNWTO report, data for the third quarter of 2021 tourist arrivals had been very encouraging.” However, in light of the rising cases and the emergence of new variants, he added that “we cannot let our guard down and need to continue our efforts to ensure equal access to vaccinations,  coordinate travel procedures, make use of digital vaccination certificates to facilitate mobility and continue to support the sector.”

Recovery over the last year have been slow with countries taking a evidence-based approaches to restrictions, in a bid to help restore confidence in travel while helping keep both tourists and tourism workers safe.

The uplift in demand was driven by increased traveler confidence amid rapid progress on vaccinations and the easing of entry restrictions in many destinations. In Europe, the EU Digital Covid Certificate has helped facilitate free movement within the European Union, releasing large-pent up demand after many months of restricted travel.

Now, in the light of the new developments, IATA has called for caution to a European Commission Recommendation that the EU Digital Covid Certificate (DCC) should only remain valid for up to nine months after the second vaccination dose, unless a booster jab is administered.

According to IATA, nine months could be insufficient and it would be better to delay this requirement until all states are offering booster jabs to all citizens, and for a twelve-month validity to give more time for people to access a booster dose, considering the differing national vaccination approaches being taken.

While currently things look bleak for the traditionally busy holiday period, only time can tell us what the implications will be on travel and tourism and more importantly on customer health and confidence.

Mandarin Oriental to debut its luxury brand in Greece