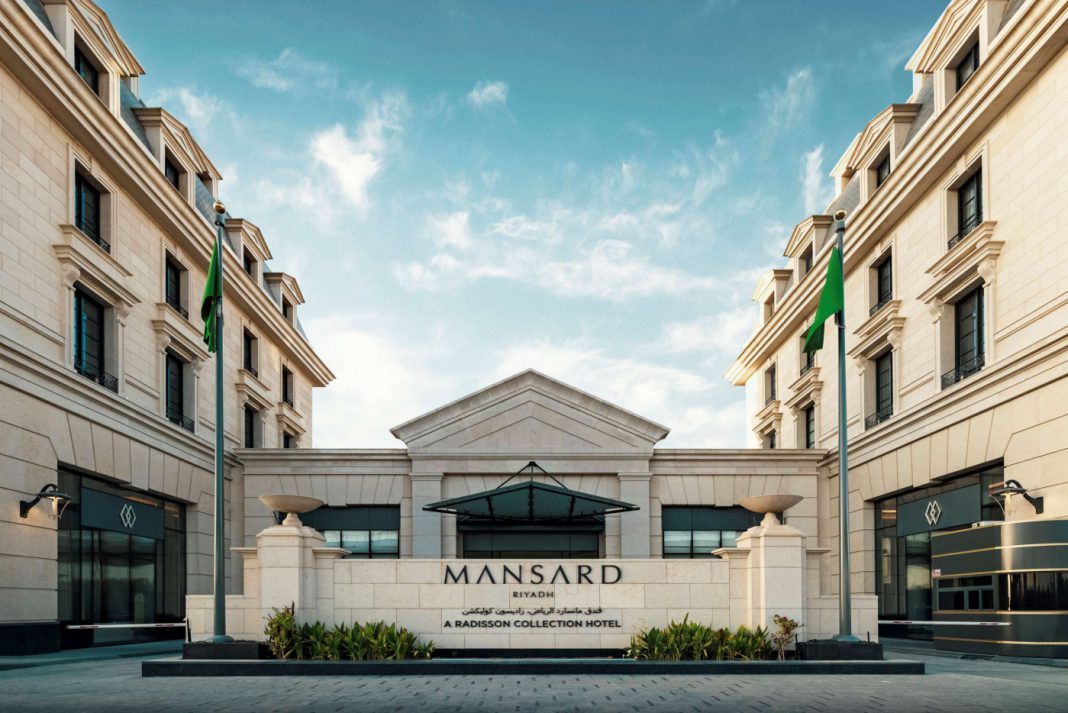 Radisson Hotel Group is opening its second flagship hotel under its luxury brand Radisson Collection Mansard Riyadh. Elie Milky, the company’s vice president of business development in the Middle East, Pakistan, Cyprus and Greece, the group told Arab News at the Future Hospitality Summit that Mansard Riyadh will open in the next two weeks.

“Radisson Collection is our premium brand. We launched it with Nofa Riyadh a few years ago. It’s a flagship for us. It grows our resort and luxury portfolios in the Kingdom,” said Milky.

“It’s one of our best properties globally, not only in Saudi Arabia,” said Milky.

The company is also planning to become carbon negative in the next few years and increase its human capital by opening an office in Saudi Arabia. The company currently operates 25 hotels with 20 more under development in the Kingdom and plans to reach 80 hotels by 2026.

Milky added that the company currently generates $150 million in revenue from its hotels and expects to reach $300 million by 2026.

In response to the growing portfolio in the Kingdom of Saudi Arabia, which is becoming the most significant country for RHG in the region, Radisson Hotel Group will also open a regional headquarter in Riyadh later this year, which includes expansion of its development resources with an expanding team to support further strategic growth.

Proof of the group’s ever-growing development plan includes several milestones such as the recent opening of Radisson Hotel Riyadh Airport, and upcoming openings that include the Radisson Blu Hotel, Riyadh International Convention & Exhibition Center, and bringing the second Radisson Collection hotel to Riyadh with the opening the Mansard Riyadh. Another milestone includes doubling the group’s presence in Makkah, Saudi Arabia, adding nearly 1000 rooms and serviced apartments in Thakher City, and further reinforcing its presence in key markets such robust growth in Jeddah with some recent and upcoming signings.

Hilton boosts its presence in Maldives