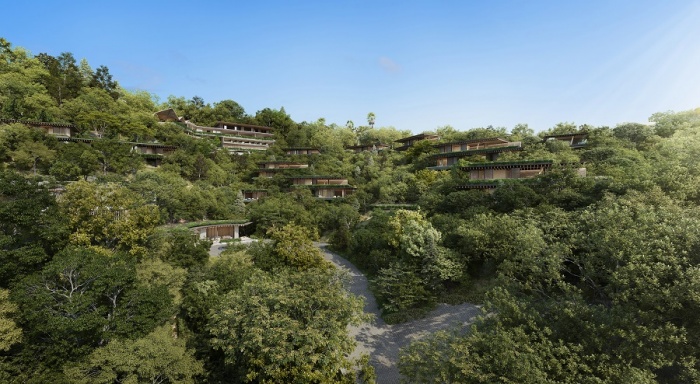 An agreement has been signed with owner and developer Gary Safady, making Bulgari Resort Los Angeles the second Bulgari property in the US, following the opening of the Miami property in 2024, and the 12th in the Bulgari Hotels & Resorts collection.

Nestled amidst the Santa Monica Mountains less than five miles from Rodeo Drive, the property will be surrounded by 33 acres of a hillside park and natural wildlife.

Drawing inspiration from nature and its environs, the architecture of the building will be curated by the South African design firm Studio Saota, as well as the Milanese architectural firm Antonio Citterio Patricia Viel.

The resort, formerly known as The Retreat, will be built in line with the environmental criteria certified by LEED (Leadership in Energy and Environmental Design), the widely used green building rating system in the world.

Bulgari’s CEO Jean-Christophe Babin said: “We are extremely happy and proud to announce the signing of definitive agreements to develop the new Bulgari Resort in Los Angeles, the capital of cinema and art which has always been a major Bulgari inspiration from the time of Liz Taylor to the most recent Academy Awards. The new Bulgari gem represents an extraordinary achievement for the brand to establish in such a key destination for the luxury industry. Following the signing of Bulgari Hotel Miami Beach, we are excited to expand into the US market providing our remarkable Roman jeweler hospitality experience.”