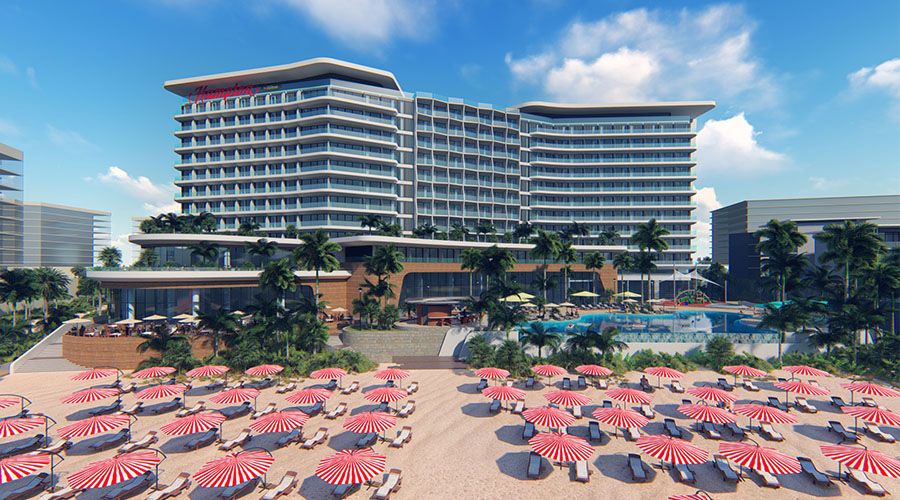 Marjan, the master developer of freehold properties in Ras Al Khaimah, welcomed the world’s largest Hampton by Hilton to Al Marjan Island, its flagship mega-development and one of the region’s preferred tourism and investment destinations.

The fourth global hotel brand to open in Al Marjan Island, Hampton by Hilton has a development value of AED450 million ($122.5 million) which will further increase the hospitality offering of the island and support Ras Al Khaimah’s tourism development strategy. Named the Gulf Tourism Capital for 2021 by the Gulf Cooperation Council, Ras Al Khaimah is recognized as the world’s first ‘safe’ city, certified by Bureau Veritas, and the first Emirate to receive the World Travel and Tourism Council (WTTC) ‘Safe Travels’ stamp.

Abdulla Al Abdooli, CEO of Marjan, said: “With the new Hampton by Hilton Marjan Island opening doors to guests, visitors to Ras Al Khaimah have an added hospitality destination to choose, assuring them world-class service and a relaxed beach lifestyle. This will further add to the appeal of Al Marjan Island to visitors, both from within the UAE and abroad, for staycations and longer holidays.

“We will continue to build the hotel infrastructure in Al Marjan Island to support the government’s focus on establishing the credentials of Ras Al Khaimah as the region’s leading tourist and investment destination.”

Hampton by Hilton Marjan Island is located on a pristine 750-metre beach with its inspiring design enabling guests to take in inspiring sea views. With its architecture inspired by the motion of the sea, the hotel has dedicated landscaped outdoor areas and terraces.

Al Marjan Island has over 2,100 operational hotel keys, including the new hotel as well as Rixos Hotels, Hilton Hotels & Resorts and Accor Hotels brands, and more than 2,000 residential units including Bab Al Bahar residential and Pacific by Select Group. The plan is to develop additional 2,400 hotel-, residential- and mixed-use units by 2025 with several already under design review or in different stages of completion.