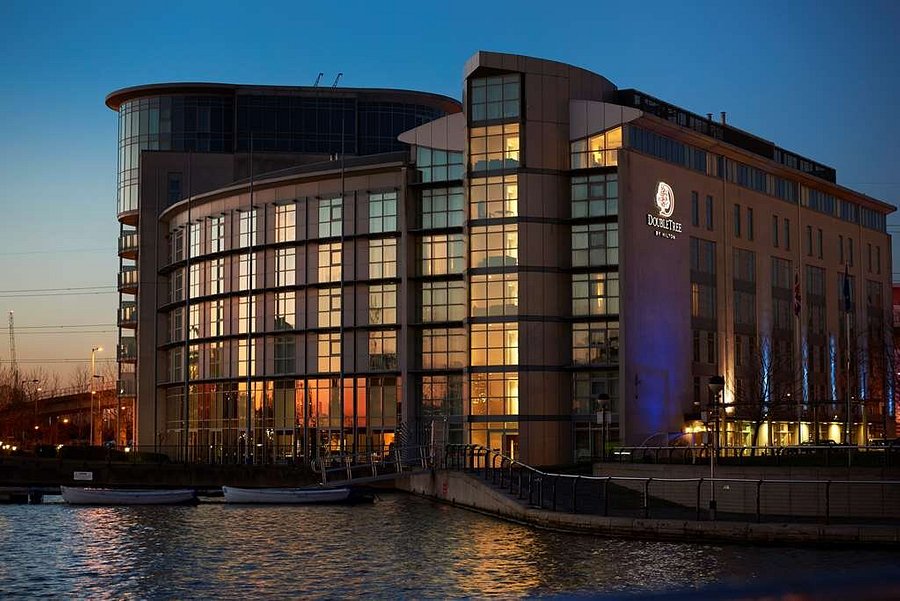 The Abu Dhabi National Exhibitions Company (Adnec) has added a new hotel to its portfolio: the Double Tree By Hilton London ExCel. The announcement comes in line with Adnec’s long term investment strategy, aimed at diversifying its business across the Group and achieving optimal integration of its assets through diversified economic sectors. The addition brings Adnec’s total portfolio of hotels to six, with other hotels under management including the Aloft Abu Dhabi, Andaz Capital Gate, Abu Dhabi, the Anantara Sir BaniYas Island Abu Dhabi, and the Qasr Al Sarab Desert Resort by Anantara in the UAE. It also owns the Aloft London ExCel.

Humaid Matar Al Dhaheri, Managing Director and Group CEO of the Abu Dhabi National Exhibitions Company, said: “Adnec is proud to welcome the Double Tree By Hilton London ExCel to our portfolio. Adnec holds a long-term investor perspective in identifying and acquiring key assets in developed markets. As such, this acquisition strengthens the Group’s competitiveness, increases the direct and indirect economic contributions of the hotel and hospitality sector to the UK economy, and further enhances the business tourism sectors in both nations.”

“We have a long track record in overseeing successful hotel assets and will bring those same strategies and insights to ensure the continued commercial success of this hotel. ExCeL London, and the ecosystem of hotels and hospitality outlets which exist around it, has strong growth potential over coming years: potential which we want to strengthen as much as possible. With this new addition, we will contribute to supporting the further diversification of our income streams and reduce risks from global market fluctuations,” he added.

Adnec’s new investment comes as a part of a long-term strategy that started in 2008 through acquiring ExCeL London. It kicked-off the expansion construction to add 35,000 sq m of event space, including London’s International Convention Centre (ICC), with Europe’s largest auditorium (4,500 seats), 17 additional meetings rooms, and breakout and banquet space. In 2011, Adnec announced the opening of the Aloft London ExCel Hotel, the first hotel owned by the group in UK.

The Double Tree By Hilton London ExCel is situated directly adjacent to the London’s pre-eminent exhibition centre, ExCeL London, which is also under the ownership of Adnec Group. The nine-floor hotel, built in 2011, contains 287 keys. Situated on the banks of the Royal Docks, near Canary Wharf, the hotel contains a range of dining and leisure outlets for guests.

The First Collection opens its second hotel in Dubai

Hilton celebrates 414 new openings in 2021, prepares for a new era of travel