Accor marks 400th hotel in Australia and the Pacific 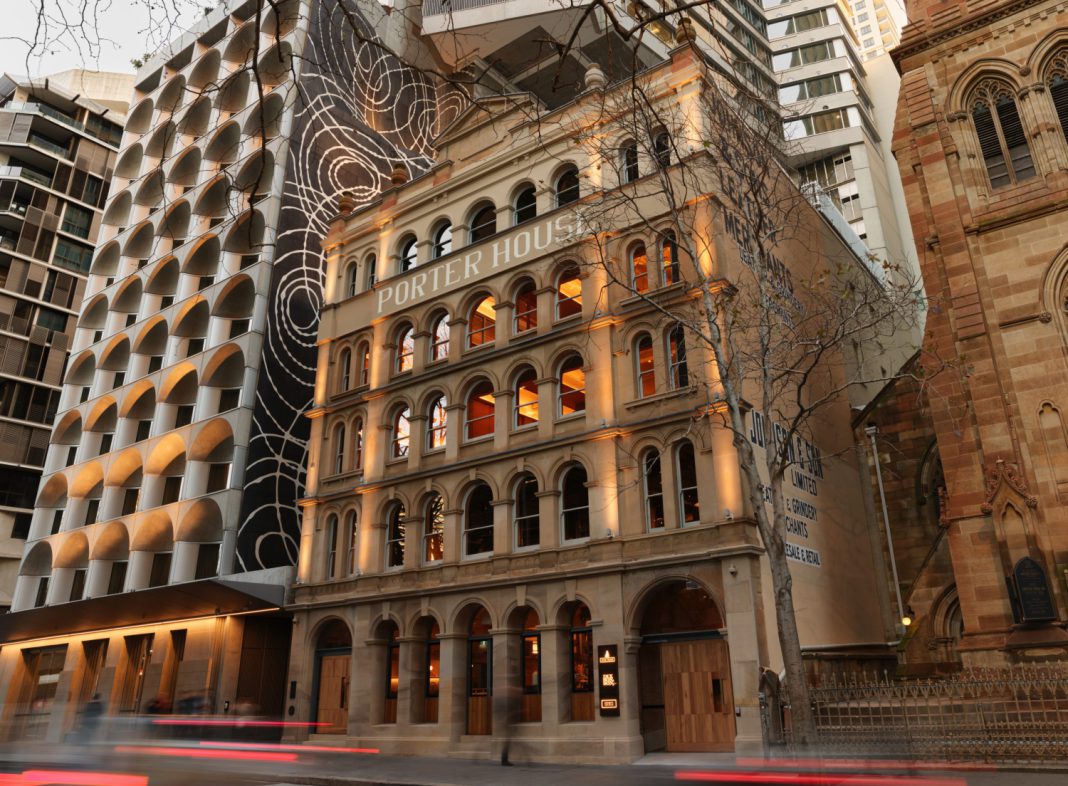 Just three decades after entering the Australia/Pacific hotel market, Accor has added its 400th hotel, with the launch of the heritage-listed Porter House Hotel in Sydney.

Accor’s first hotel in the region – Novotel Sydney Darling Harbour (1991) – was a catalyst for the redevelopment of Darling Harbour into Sydney’s premier tourism, entertainment and events precinct, and the transformation of the iconic Porter House building into a luxury hotel is set to boost Sydney’s CBD revival.

The Porter House Hotel is part of Accor’s MGallery Hotel Collection, a group of distinctive boutique hotels, each with a unique story to tell. The hotel has been created out of a building commissioned in 1876 by Hugh Dixson, Australia’s leading tobacco manufacturer and a notable philanthropist and horticulturist. After starting its life as Dixson & Sons tobacco factory and warehouse, it became a retail shopfront for the artisan furnishings of WW Campbell & Co and famous leather merchant George Johnson & Sons.

Located on Castlereagh Street, the luxury hotel offers 122 rooms and suites, which occupy the first 10 floors of a 36-storey mixed-use tower. A residential component comprising 131 apartments, with private entry via Bathurst Street, sits above the new MGallery hotel, while a multi-level food and bar destination has been created within the restored 1870s heritage-listed building itself.

Guests have access to all the hotel’s restaurants and leisure facilities – including a fitness centre and heated pool – via the Porter House Hotel’s exclusive Digit Valet walking, talking iPad concierge, the only one of its kind in Australia.

A stylish, urban sanctuary in every way, The Porter House Hotel – MGallery is designed by award-winning architect Angelo Candelapas of Candelapas Associates, who has seamlessly connected the historic Porter House building with the ultra-modern tower built around the original building. The new-build hotel pays homage to The Porter House’s heritage and Sydney’s bustling Victorian commercial era with a modern take on old designs such as contemporary curved windows that reference the original building’s iconic brick archways.

The opening of the Porter House Hotel is part of a large-scale expansion of the Accor group in the Pacific region, with 11 new hotels scheduled to open before the end of 2023. They include the debut of the 25hours brand in Australia, new airport hotels at Melbourne Airport and Auckland Airport, and another heritage restoration in Sydney, Hotel Morris, which is being created out of the 1929-built former West End Hotel in Pitt Street.

Announcing the 400th hotel milestone, Accor Pacific CEO, Sarah Derry, said it was fitting to celebrate such a major landmark as the hotel industry accelerated towards a full post-pandemic recovery.

“Sydney is experiencing its fastest growth since March 2020, with recovery in corporate, conference and events business, and continued strength in the domestic leisure market,” said Ms Derry. “We are seeing similar revivals in other key cities around the Pacific, complementing the success of regional holiday destinations in Australia and New Zealand. Our expansion program has a full range of hotel styles – from luxury to economy – in the pipeline: in city centres, airport precincts, regional centres and suburban growth areas. Accor is introducing both fresh brands and a fresh approach to hotel operations in Australia, and then New Zealand and the Pacific.”

“To reach 400 hotels in just over three decades is a remarkable achievement and highlights Accor’s success with strategic partnerships and acquisitions. The addition of the Mirvac and Mantra groups to the Accor portfolio in the past decade almost doubled the network, giving Accor particular prominence in the serviced apartment sector, which is very popular in the domestic market. An essential ingredient in Accor’s growth in the region has been our relationship with multi-hotel property owners. By being able to offer brands to fit a wide range of different styles of properties and locations, we have been able to attract owners with established properties wanting to take advantage of our rapidly growing market presence and our pioneering approach to sales, marketing and distribution. While there is still some way to go before international travel returns to pre-pandemic levels, the ramping up of international flight schedules and growing confidence in long-haul travel bodes well for the renaissance of the region’s hotel industry for the rest of 2022 and 2023.”

California invites visitors to explore new attractions and openings in 2023