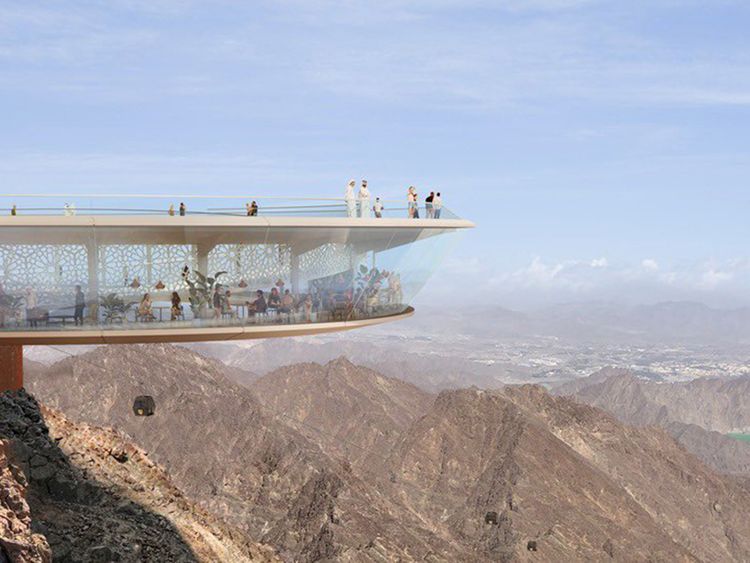 Six new tourism projects have been announced in Hatta as part of the Hatta development plan, under the leadership of Sheikh Mohammed bin Rashid Al Maktoum, Vice President and Prime Minister of the UAE and Ruler of Dubai.

The projects include the establishment of 504km-long chairlifts, Dubai mountain peak at an altitude of 1,300 metres, Hatta sustainable waterfalls, a world-class hotel, in addition to hiking trails to the highest peak in Dubai (Jebel Umm Al Nisour, at 1,300 metres).

Hatta residents will also be allowed to build 200 holiday homes to support domestic tourism in district.

“In 2016, we started our development project in Hatta. Tourists doubled from 60,000 to one million in 2020, and the new projects by the Dubai Electricity and Water Authority will provide 500 jobs for young people of Hatta. The new holiday homes will provide an annual income of more than Dh100 million for the people of the region. A decent life for our citizens will remain our goal in all our projects,” Sheikh Mohammed said.

“Hatta is a model for small cities in the region. It has turned within a short period of time into one of the most important tourist destinations in the emirate, thanks to its different lifestyle. The development and tourism projects in Hatta will have a significant impact on promoting national tourism and providing a distinctive tourism and cultural experience for visitors and the community,” Sheikh Mohammed added.

The ‘Dubai Mountain Peak’ and ‘Hatta Sustainable Waterfalls’ project, which will be implemented by Dubai Electricity and Water Authority (Dewa), aim to support development plans in Hatta and enhance its position as one of the most prominent tourist attractions in the emirate of Dubai and in UAE.