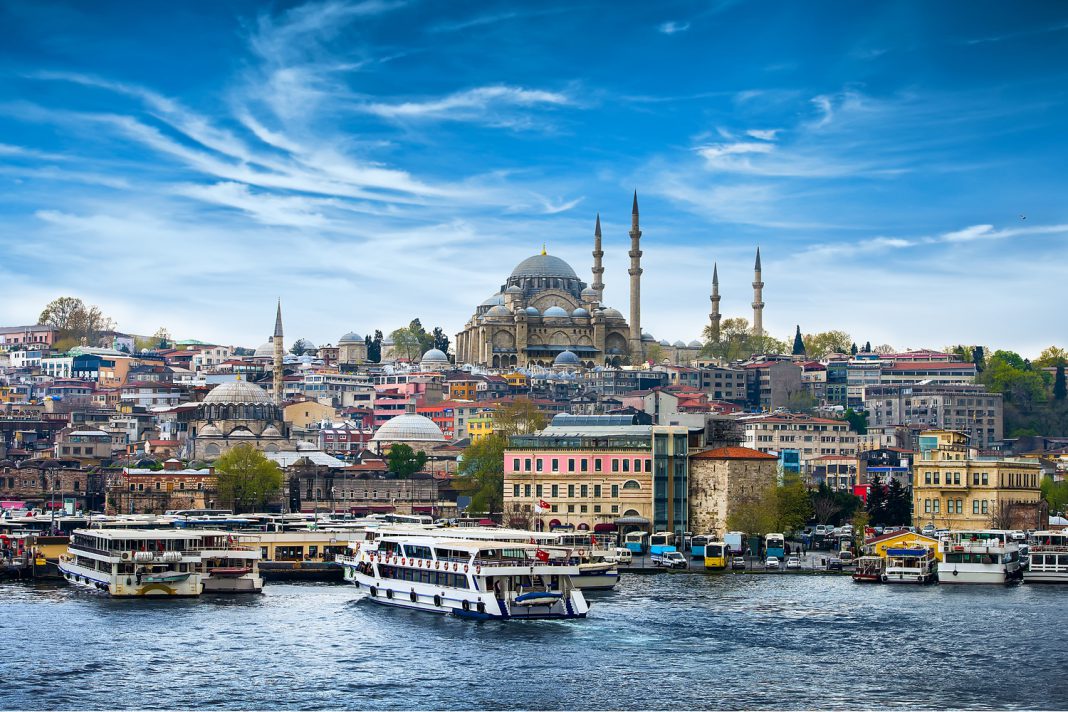 Türkiye has attracted over 23 million international visitors in the first seven months of the year. The foreign visitor arrivals in Turkey jumped 53 per cent in July from a year earlier, exceeding pre-pandemic levels and paving the way for $37 billion in tourism revenues sought by the government in support of President Tayyip Erdogan’s unorthodox economy policy.

The international visitors to Turkey leapt to 6.67 million in July, mostly on the back of wealthy Russian visitors who opted for Turkey, due to flight restrictions applied by Western countries after Russia’s invasion of Ukraine. The numbers of German and British visitors also rose strongly creating a strong rise in Turkish tourism industry. The meetings and events industry has also seen a sharp rise and it is expected to see more boosts.

Surge in Tourist Arrivals
Türkiye has attracted over 23 million foreign visitors in the first seven months of the year, an annual surge of 128.28 per cent. The Germans made up the largest chunk of foreign visitors in January-July with nearly 3 million arrivals, soaring 137.36 per cent compared to the same period last year, according to figures released by the Culture and Tourism Ministry on Monday. They were followed by Russians with 2.1 million and the Brits with 1.8 million.

By including Turkish nationals living abroad who also visited the country during the period, the figure touches 26.1 million visitors, according to ministry figures.

Top Tourist Attractions to Visit
Türkiye has lot of tourist attractions to allure. The capital city Istanbul, Türkiye is a top tourist destination. Istanbul has welcomed 36.9 percent of all foreign visitors, or 8.5 million. The famed Turkish resort city of Antalya took second place with 27.6 percent or more than 6.3 million tourists. Edirne in northwestern Türkiye, bordering both Bulgaria and Greece, followed with a 10.9 percent share, or 2.5 million visitors.

The Culture and Tourism Minister Mehmet Ersoy had previously said the country was aiming for $37 billion in tourism revenues and 47 million tourists this year, raising its targets from $35 billion and 45 million arrivals.

Tourism Revenue in Turkey
The country’s tourism revenues surged 190 percent from a year earlier to $8.72 billion in April-June, said data from the Turkish Statistical Institute (TurkStat). The tourism revenues are vital to Turkey’s economy as Erdogan’s economic plan focuses on expanding the current account surplus in order to tackle high inflation and  interest rates. The revenue from travel and tourism industry has also seen a rapid growth. The tourism ministry in Turkey raised its year-end targets last month to 47 million tourists and $37 billion in tourism revenues.

Top Source Market
The German tourists were the top source market with 2.99 million visitors, followed by 2.2 million Russians and 1.8 million Britons. Turkey’s total foreign visitors were up by 128 per cent on the year to 23.03 million, still a tad below 2019’s 24.7 million. Ulkay Atmaca, General Manager of Innvista Hotels in Antalya’s Belek said that especially the number of Russians are increasing day by day. Now the Turkey sees around 80 daily flights from Russia to Antalya and the tourism body knows that that number will also go up. Atmaca said, the outlook for the next two months was also optimistic, adding that he expected the season to be extended until November.

Boost in Domestic Tourism
The data points are more subdued trend among domestic tourists amid soaring inflation that runs at a 24-year high of nearly 79 per cent. According to the official data showed that domestic tourist trips with overnight stays rose just 6.1 per cent to 8.8 million in the first quarter, with inflation doubling trip costs. Last year the number of such trips jumped 23.2 per cent In the Mediterranean resort area of Marmaris, hotel manager Fahri Tan said rising costs hurt both guests and operators, whose costs surged 150 per cent -200 per cent.

Hamad International Airport is “#1 Best Airport in the World”