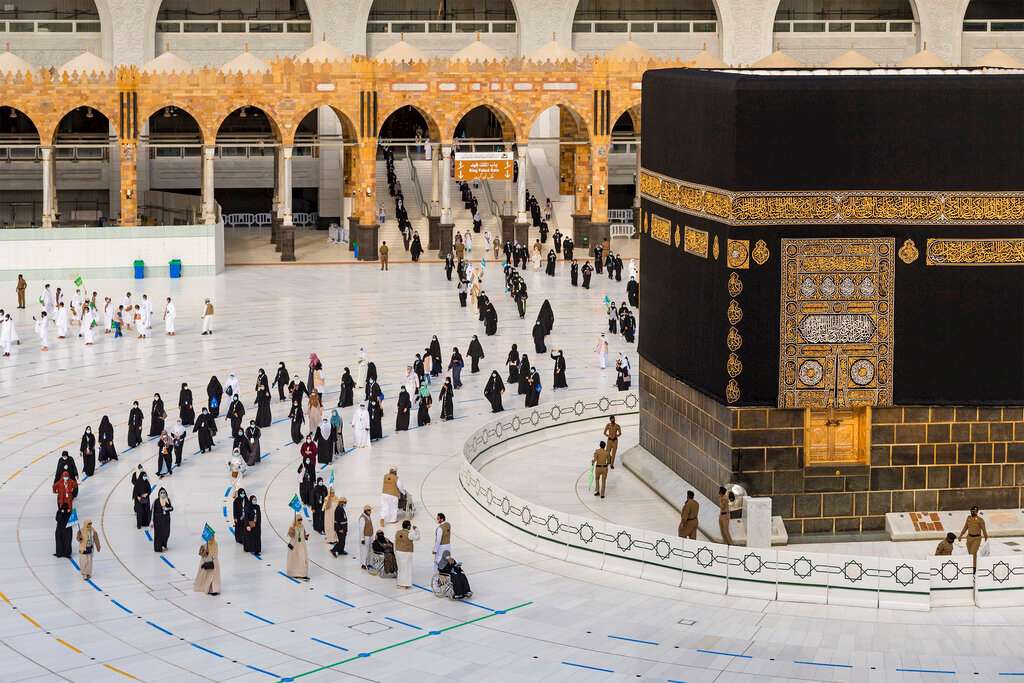 Saudi Arabian Airlines (Saudia) said it has dedicated a fleet of 14 aircraft for Hajj pilgrims, which are expected to make 268 international flights from and to 15 stations, as well as 32 domestic flights from and to six stations. In total, the airline will be responsible for providing 107,000 international and 12,800 domestic seats during Hajj Season. The announcement cane as the national flag carrier of Saudi Arabia outlined its operational plans to transport pilgrims to the Kingdom for the upcoming Hajj season this year.

Pilgrims visiting the Kingdom are set be flown in from all over the world to King Abdulaziz International Airport in Jeddah or Prince Mohammed bin Abdulaziz International Airport in Madinah. From there, the guests will embark on their journey to Makkah. After visiting the Prophet’s Mosque in Madinah, they will be flown back to their home countries following the successful completion of their pilgrimage.

Saudia has ensured that it has all required flights and adequate seating capacity in place to meet the demands of its passengers. The airline is well-equipped to provide pilgrims with world-class services at every service point throughout their trip.

Ibrahim bin Abdulrahman Al-Omar, Director-General of Saudi Arabian Airlines Corporation, stated that the national carrier had concluded all preparations to start transporting pilgrims. The plan follows the directions of the Supreme Hajj Committee headed by HRH Prince Abdulaziz bin Saud bin Nayef bin Abdulaziz, the Minister of Interior, and the Central Hajj Committee, headed by His Royal Highness Prince Khalid Al-Faisal bin Abdulaziz, Advisor to the Custodian of the Two Holy Mosques and Governor of Makkah Province, in collaboration with the Ministry of Hajj and Umrah and Vision 2030’s  Pilgrim Experience Program.

The flag-carrying airline’s Hajj and Umrah business division is tasked with selecting markets with the highest demand for pilgrimage travelers, and is responsible for sealing agreements with official agencies in these countries. In addition, Saudia runs regular additional flights to and from these destinations, which amount to more than 100 domestic and international flights.

Pilgrims will enjoy many in-flight perks, including hearing the Hajj call, as well as a notice half an hour prior to the flight reaching the Miqat. Guests can also enjoy in-flight entertainment content including informative documentaries about Hajj and Umrah through a dedicated channel, with 162 minutes of audio content, 70 minutes of motion graphics, 210 minutes of information programming, and 210 minutes of Da’wah and guidance content in both Arabic and English. The flights will also display content to prepare pilgrims for their Hajj rites on both the main and overhead screens.

With its strategic plan in place, Saudia aims to fly more pilgrims from locations that are seeing increased demand for Hajj and Umrah travel. The airline intends to maintain its 100-percent safety record while providing every comfort to pilgrims to ensure a safe and memorable experience.

To this end, Saudia has mobilized a specialized team working around the clock, the members of which are equipped with the technical prowess to ensure seamless service of every step of the journey. The airline is also coordinating with the Ministry of Hajj and Umrah, the General Authority of Civil Aviation, and all other government agencies operating at airports, as well as other entities involved in the delivery of Hajj services including Hajj associations, the Automotive Association, and trip organizers in the Kingdom and beyond.

Saudia’s additional services include prearranging flight crew and ground officers who speak the languages of the pilgrims, transporting Zam Zam water containers to the pilgrims’ home countries, and providing additional flights to those who wish to visit Madinah. The airline also ensures that there is adequate manpower and ground equipment to meet the expected operational volume.

To streamline operations and ease the pressure on airports, Saudia will transport the pilgrims’ luggage to their places of residence in Makkah or Madinah, and then back to the luggage processing areas at the departure airports. The airline will also hold an awareness campaign to familiarize pilgrims with the rules and regulations of luggage handling and related procedures to ensure the smooth processing of their belongings.