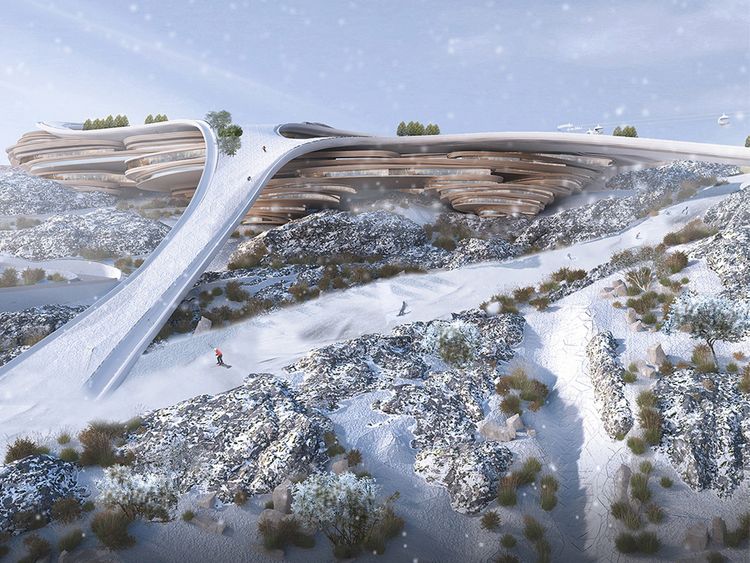 Saudi Arabia has announced that it has won a bid to host the 2029 Asian Winter Games at a planned mountain resort in the Gulf Arab state’s $500bn (£440bn) flagship Neom project. The Trojena development is expected to be completed in 2026 and will offer outdoor skiing, a man-made freshwater lake and a nature reserve, according to the project’s website.

“With the unlimited support by the Saudi leadership & HRH Crown Prince to the sport sector we are proud to announce we have won the bid to host AWG TROJENA2029 as the first country in west Asia,” the Saudi sports minister Prince Abdulaziz bin Turki al-Faisal said on Twitter.

Nadhmi al-Nasr, the Neom chief executive, said: “Trojena will have a suitable infrastructure to create the winter atmosphere in the heart of the desert, to make this Winter Games an unprecedented global event.”

Neom is Crown Prince Mohammed bin Salman’s most ambitious project under the kingdom’s Vision 2030 development plan to reduce reliance on oil and transform the economy, including by developing sports.

Neom, a 26,500 sq km (10,230 sq miles) high-tech development on the Red Sea, will include zero-carbon city “The Line” as well as industrial and logistics areas. “The deserts and mountains of Saudi Arabia will soon be a playground for winter sports,” the Olympic Council of Asia (OCA) said in a statement on the decision made during its general assembly meeting in Phnom Penh.

The Saudi bid was “unanimously approved”, the statement said, noting that the megacity known as NEOM will be the first West Asian city to host the event.

The Asian Winter Games are slated to take place in Trojena, an area of NEOM “where winter temperatures drop below zero Celsius (32 Fahrenheit) and year-round temperatures are generally 10 degrees cooler than the rest of the region”, according to the project’s website.