Is the cruising industry ready for a come back? 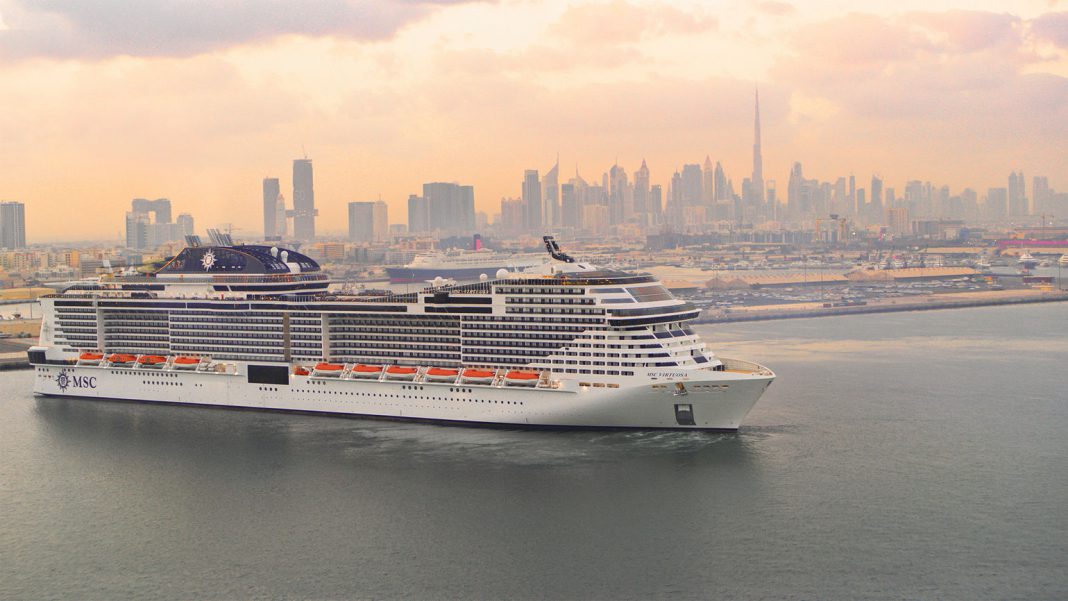 Cruise sales are moving up and with international cruise lines announcing their return to the seas once again, we take a look at how this important tourism segment has grown in the region, opening employment and revenue opportunities as well as providing travelers a new holiday experience.

Over the last two years, the pandemic saw international cruise liners docked at home ports across the globe. When news of the Omicron variant first broke, cruise markets were hit hard on fears of renewed travel restrictions and even lockdowns, which would severely undermine the resumption of cruises worldwide. However this has changed and one of the most important changes in the cruise travel’s comeback has been vaccinated individuals.

Today many cruise liners are restricting bookings only to fully vaccinated passengers even as the CDC holds on to its warning that travelers should avoid cruising right now. Despite this there is much enthusiasm among travelers booking for cruises. According to Cruise Planners, the American cruising travel agency franchiser, the company has witnesses “two consecutive weeks of positive sales purchases, inching closer to a delayed wave season as consumer sentiment appears to be improving and people are starting to accept the reality of living with the virus.”

In the past few weeks, 24 per cent of all purchases were for cruises in Europe or Alaska, Cruise Planners said. Luxury bookings also have risen, with January luxury sales occurring at a 24 per cent higher volume than average.

With water-tight health and safety regulations in place, cruising in the Middle East is also witnessing similar upswing in booking patterns. With modern, state-of-the-art cruise ports developed in the region, more cruise liners are choosing to homeport their ships in the Middle East.

Last year, MSC Cruises conducted the official naming ceremony of the MSC Virtuosa in Dubai highlighting the importance the region represents and strengthening its “long-term commitment” to the United Arab Emirates. The cruise liner also extended its Arabian Gulf season by repositioning the MSC Bellissima from new-cruising destination, Saudi Arabia.

Lakshmi Durai, CEO for CruiseXplore, a cruising specialist in the Middle East that offers over 20 cruise brands and itineraries in over 280 destinations says, “Cruising is becoming a fast growing holiday choice, particularly in the Middle East. It is one of the most preferred vacation option among people in this region for its sheer convenience and luxury, at an affordable price. With more and more ships sailing in the Middle East, the awareness for cruise holidays has increased enormously in the recent past.” CruiseXplore is the Middle East representative for Discover the Marketing and the GSA for Holland America Line, Seabourne and Wind Star cruises.

“The Middle Eastern guests traditionally chose Mediterranean and the Northern European destinations due to proximity. Alaska and the Caribbean cruises are the next popular destinations while the more experienced cruisers look for unique destinations like Arctic, Antarctica, Amazon and so on,” added Durai.

Ashok Kumar, CEO of CruiseMaster, a leading cruise agency in the Middle East and GSA for Princess Cruises and Cunard in the region said, “The region plays a very important role in terms of home-porting ships, during the winter months. During this time, we see a lot of Europeans who chose cruise itineraries in the region.”

“Dubai’s excellent air connections with the rest of the world make it a popular and convenient choice for cruise liners.  Saudi Arabia too recognizes this potential and after testing waters with the regional market, today they have cruise liners like Silversea and MSC ships home porting there.”

Durai added that the Middle East is generally a late booking market and hence availability is always a challenge.  “Since the guests from Middle East plan and book quite close to the sailing dates, it becomes difficult to get their preferred cabin category for their preferred sailing. The visa appointment is also a challenge for last minute bookings. So we advise our guests to plan and book their cruise holiday well in advance,” she added.

However with more and more cruise lines deploying ships and exciting new routes in this region, cruisers have more options now.

“Across the Middle East, each destination offer a different kind of experience. The Dubai Expo 2020 has been a great attraction for the cruise visitors to UAE, this winter. The other destinations like Qatar, Oman, Bahrain and Saudi Arabia also offer unique experiences for the cruise tourists.” said Durai.

Currently there are 118 cruise itineraries scheduled from Dubai this year, 87 of which are roundtrip itineraries sailing in the Arabian Gulf covering Abu Dhabi, Muscat, Khasab in Musandam and Sir Bani Yas Island. The remaining will continue to sail east for Asia, or west for Europe, with one or two going further afield to North America or south to Africa or destinations in the Indian Ocean.

The increase in demand and itineraries are supported with the new cruise terminal in Port Rashid, which has not only accelerated the cruise segment but has also created awareness for Dubai as one of the best cruise destinations in the region. The new Dubai Harbour Cruise Terminal is designed to process over 3,250 passengers per hour while its highly efficient and modern terminals can accommodate a complete passenger turnaround of two mega cruise ships simultaneously. The terminal is Carnival Cruises’ hub for its homeporting and transit operations in the region.

Elsewhere in the region, Saudi Arabia and Qatar have entered into separate partnerships with Cruise Lines International Association (CLIA) to ensure to enhance their brand awareness as a global cruise destination.

Berthold Trenkel from Qatar Tourism, said: “Cruise is an important pillar of our tourism strategy – and Qatar has made investments into developing our cruise infrastructure such as the new cruise terminal that will be ready to welcome visitors for the FIFA World Cup 2022.”

Emerald Yacht Cruises has announced that it will homeport its yacht-like cruise ship Emerald Azzura in Doha for the 2023 winter cruise season. Emerald will be the first cruise line to spend a full season sailing roundtrip from Qatar. MSC World Europa will spend the 2022 FIFA World Cup in Doha, Qatar, acting as a floating hotel. She’ll then reposition to Dubai to sail a winter cruise season between December 2022 and March 2023.

Saudi Arabia’s Vision 2030 plan also includes Cruise Saudi – that plans to develop ports, destinations and excursions to attract cruise ships to ports in the Red Sea and Persian Gulf. Cruise Saudi aims to have five cruise ports operational by 2025, create 50,000 jobs in the cruise industry in Saudi Arabia by 2035, while welcoming one million cruise passengers by 2028.

Last year, the country launched its first cruise ship terminal at Jeddah Islamic Port, homeport for the MSC Bellisima , which is expected to contribute to the promotion and development of tourism trips along the Red Sea coast. The MSC Bellissima will continue sailing roundtrip from Jeddah until March 2022 and is expected to return to the Kingdom in November this year. Saudi Arabia introduced a new e-visa for cruise tourists taking cruises from the country, or arriving at its ports via cruise ship.

Saudi Arabia has the potential to become more than just the newest destination on the world cruise map but also an important regional hub for the industry, Fawaz Farooqui, managing director at Cruise Saudi told an audience last year at the World Travel Market in London.

According to  Farooqui, “One of our goals is to play our part in allowing people to explore Saudi in comfort, with all aspects taken care of. Once all parts are tied together flawlessly, which is what the cruise customer expect, they will have an introduction to Saudi which we know will keep them coming back to discover more.’

Saudi Arabia’s cultural heritage is one of the three strong value propositions for cruisers. The second is its varied culture and the gastronomy, from 13 different regions in the Kingdom and the third is nature: with its pristine untouched beaches with the mountains in the South, and the dramatic mountains in the North, where sometimes it snows in the winter. Saudi Arabia is also home to multiple UNESCO world heritage sites that people and also many wadis, date farms, citrus farms and much more.

Cruise Saudi has worked on deployments with Silversea, MSC Cruises and Scenic and MSC Bellissima that returned to homeport in Jeddah for a seasonal cruise program in the Red Sea with an Aqaba, Jordan stop last November.

Cruise Saudi and Aman is taking it a notch higher as they embarked on a joint venture to launch a 183mtr luxury yacht, with the project name Sama, to enter the market in 2025. The vessel will contain spacious suites, each with its own private balcony, and offer several dining options including an informal all-day restaurant and international dining options. Also onboard will be a relaxed club and lounge, an Aman Spa – complete with Japanese garden and two helipads – plus Beach Club offering passengers direct access to the water via the yacht’s stern.

Another big comeback has been Royal Caribbean Cruises who will have their entire 26-ship fleet in service by mid-2022, ready for its 2023 European summer lineup to over more than 25 countries- including their recently delivered Wonder of the Seas.

Speaking about demand, Durai commented, “Our passionate cruisers, who have been missing cruising in the past two years are looking to return to the seas and we expect to see a pent up demand coming from these cruisers, this year.

“From Adventure cruises, Family cruises with lots of activities for children, couples cruises, solo cruises, ultra-luxury cruises offering bespoke level of service & destination experiences, river cruises and so much more. There truly is something for everyone,” added Durai.

In conclusion, cruising is back – in spite of the uncertainty around the industry and how cruise liners may respond to potential crises such as COVID outbreaks onboard. But two years in, the industry is ready to face any potential eventuality and go beyond what we have seen and known.

Hyatt launches the Caption by Hyatt brand in Memphis this summer