Etihad push its presence in the US market with increased flights, partnership 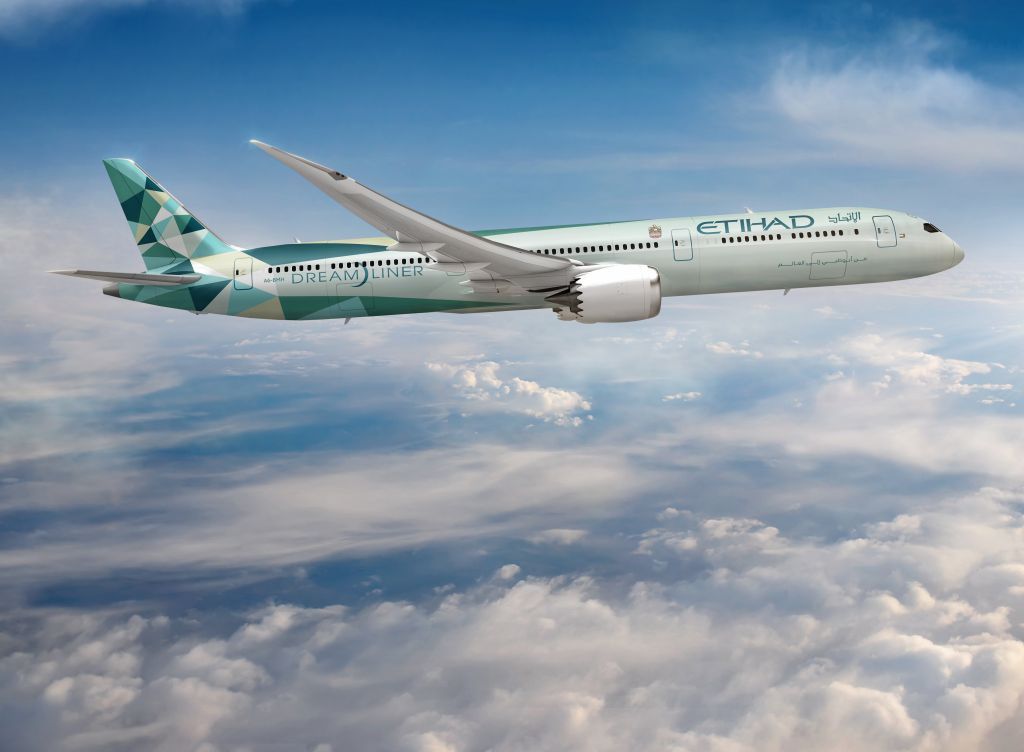 Etihad Airways, the national carrier of the United Arab Emirates, has continued to strengthen its commitment in the US market with increased flights from New York’s JFK International Airport on the heels of the launch of the airline’s new A350 aircraft, and an expanded partnership with JetBlue.

The airline celebrated the milestone and its continued commitment to the US market with its North American partners at an event in New York. A number of key representatives from Abu Dhabi’s tourism sector joined the delegation, including Mohammed Al Zaabi, Chief Executive Officer of Miral Asset Management, Husain Al Hashmi, Regional Manager at Abu Dhabi’s Department of Culture and Tourism, Francois Bourienne, Chief Commercial Officer at Abu Dhabi Airports. They were joined by executives from the hospitality and travel sectors, helping to strengthen the connections between the UAE and the US.

Tony Douglas, Etihad Airways Group Chief Executive Officer, commented: “The US remains one of our leading markets and that is why New York and Chicago were amongst the first destinations to be serviced by Etihad’s new A350. We are proud to continue to offer our guests a premier travel experience and enhanced connectivity through our growing partnership with JetBlue.”

In June Etihad launched its new A350 aircraft, Sustainability50, which carries a unique livery in recognition of the 50th anniversary of the federation of the UAE and Etihad’s commitment to net-zero carbon emissions by 2050. The new aircraft is currently serving two routes in the US with flights from Abu Dhabi International Airport to Chicago’s O’Hare International and New York’s John F. Kennedy International Airport.

The Rolls-Royce Trent XWB-powered Airbus A350 is one of the most efficient aircraft types in the world, with 25% less fuel burn and CO2 emissions than previous-generation twin aisle aircraft. Developed in partnership between Etihad, Airbus and Rolls Royce, the Sustainability50 programme will see Etihad’s A350s used as flying test beds of new initiatives, procedures and technologies to reduce carbon emissions, building on the learnings derived from Etihad’s similar Greenliner programme for the Boeing B787 aircraft type.

Also in attendance at the event were executives from Etihad’s longstanding codeshare partner, and New York’s Hometown Airline, JetBlue Airways. Etihad and JetBlue have been codeshare partners since 2014 and currently codeshare across 46 destinations throughout the Americas. JetBlue recently began code sharing on Etihad flights from Abu Dhabi to Chicago and New York, with Washington, D.C to be added soon. As Etihad prepares to increase flights to New York’s JFK International Airport in November, the partners are planning to add additional destinations offering travelers seamless connectivity to new gateways.

In addition to increasing connectivity through the codeshare partnership, Etihad and JetBlue are developing a frequent flyer partnership that will allow both TrueBlue frequent fliers and Etihad Guest members to earn and redeem miles across both networks.

In June, it was also announced Etihad would be one of the first airlines, and first Middle East carrier, to be offered a permanent presence at JFK’s New Terminal One, with the airline’s leadership attending the ground-breaking ceremony on September 8.

Etihad passengers traveling to the US are able to take advantage of Etihad’s US pre-clearance facility, the only US Customs and Border Protection facility in the Middle East. This allows passengers bound for the US to process all immigration, customs and agriculture inspections in Abu Dhabi before they board their flight, avoiding immigration and queues on arrival in the US.

FCM’s inaugural Th!nk event to take place on May 10