Changi Airport’s new terminal to be green and pandemic-ready 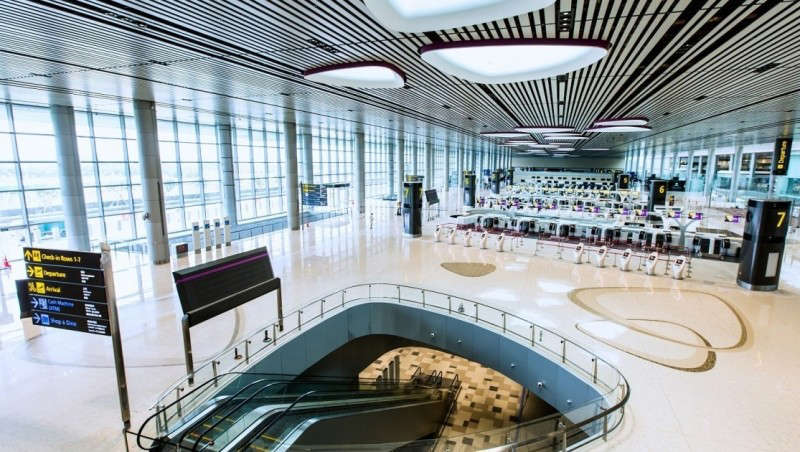 Having paused its plans for Terminal 5 for two years due to Covid-19, Changi Airport’s new terminal is now being designed with lessons from the pandemic and is scheduled to be completed by the mid-2030s.

Terminal 5’s design has been improved to be more resilient, with the ability to operate more safely and flexibly during a pandemic. Such considerations include the flexibility to operate as smaller sub-terminals when needed, like converting spaces in the airport into testing areas or for segregating high-risk passengers. Terminal 5 is scheduled to be completed by the mid-2030s.

There will be special provisions deployed within Singapore’s new terminal to reduce the transmission of diseases, such as contactless systems at passenger touch points, and enhanced ventilation systems that can be activated during a pandemic to increase the use of fresh air and minimize the mixing of air.

With the aim of being energy-efficient and reduce its carbon footprint, Terminal 5 will incorporate solar panels, smart building management systems, as well as district cooling combined with thermal energy storage. The new terminal will be certified as a Green Mark Platinum Super Low Energy Building by the Building and Construction Authority once completed.

The building will also be ready for viable alternative fuels, including the use of sustainable aviation fuel, and for the provision of fixed ground power and cooling for aircraft parked at the gates.

In addition, a new business and lifestyle destination will be built next to the new terminal, and will be called Changi East Urban District. Set within landscaped public spaces, it will have offices, smart work centres, flexible conference rooms and halls, hotels and serviced apartments.