France to tap into the multi-billion-dollar Mideast aerospace market 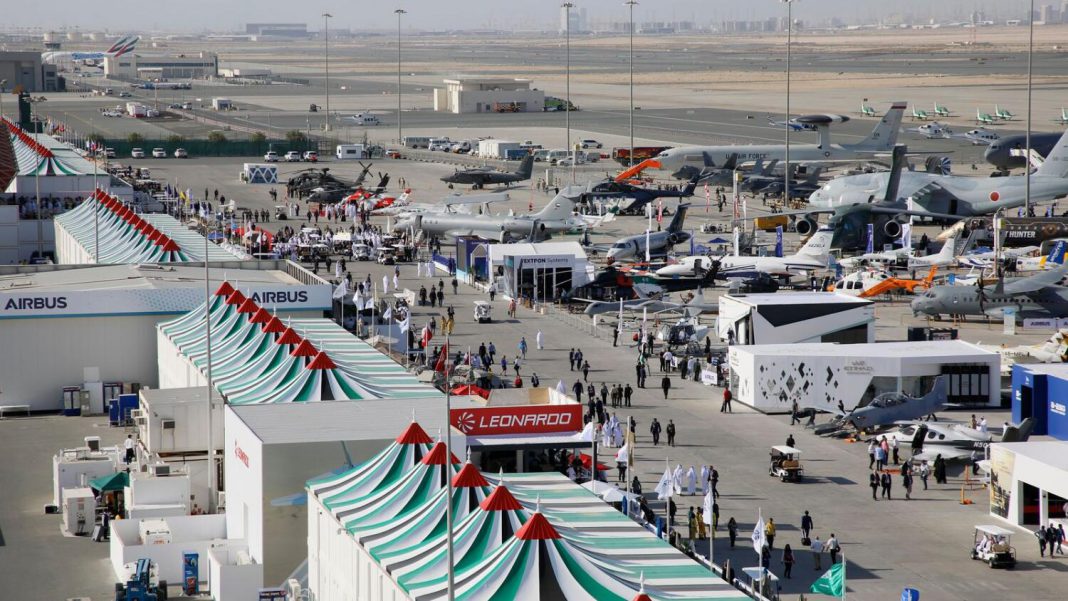 With the UAE aerospace market expected to hit $136 billion and Saudi Arabia’s $74.6 billion by 2030, French commercial aviation professionals eye a slice of the region’s aeronautical industry. Getting ready to participate in AIME & MRO Middle East to showcase French excellence will be 17 French firms in this largest commercial aviation tradeshow from February 22 to 23 at the Dubai World Trade Centre.

No wonder that the region represents a top priority investment for French businesses in this export-led industry, given the fact that the Middle East has the 2nd largest air fleet in the world and plans to acquire more than 2,000 new aircraft by 2030.

Another reason why the French companies will be exhibiting their latest innovations in key areas of the aviation sector is that the region has been quick to recover from the pandemic and is home to the world’s largest long-haul operator, Emirates.

They will seize this opportunity to meet key decision makers such as airlines, MROs, OEMs, suppliers, aircraft interior specialists and investors from all around the world and especially for the UAE, which has the largest civilian air fleet in service from the GCC, with 509 aircraft (plus over 100 on order). This represents more than 25% of the regional civil MRO market (maintenance, repair, overhaul), estimated at over $11 billion.

While the local authorities in the UAE have announced an investment of more than $136 billion by 2030 in the sector of the distribution and re-export of aeronautical parts at the regional level, the aerospace market in Saudi Arabia is also expected to be worth $74.6 billion by 2030.

Renowned for their very high technical quality in this sector, French small and medium-sized companies are already well represented in the aircraft completions segment, where they excel in different areas such as the reduction of the weight of materials, differentiation through the customisation of interiors, optimal use of volumes, on-board entertainment, and communication systems, etc.

Following the pandemic, the MRO sector is undergoing a major shift and has demonstrated a remarkable capacity for resilience, expanding its scope of activities to include air freight (conversion of aircraft), as well as air and land military markets, to counter the fluctuations in the civil market, in a region being a global hub for international trade.

In December 2021, following the President Emmanuel Macron’s visit, Dassault Aviation signed the largest military contract in its history by selling 80 Rafale aircrafts to the United Arab Emirates for a value of $16 billion, thus involving numerous equipment manufacturers such as Safran for engines and Thalès for electronics.

With total revenue of €52.9 billion ($60 billion) (69% civil and 31% defence) of which €35.1 billion was generated from exports, the French aeronautics and space sector is the largest contributor to the positive balance of France’s foreign trade and, as such, one of the pillars of domestic industry. It represents around 300,000 industrial jobs and counts among its ranks major world leaders such as Airbus, Dassault, Thales and Safran, as well as a large network of subcontractors.

France remains the European leader and ranks 2nd in the world in the aeronautics and aerospace sectors. As a result of its recognised expertise in the area, France ranks 3rd among the United Arab Emirates’ aviation suppliers.

With an unprecedented State budget of €1.5 billion for research and innovation, the sector aims to bring digital and connected decarbonised aircraft to the market by 2035. This strategy has resulted in the launch of many “modular pre-industrial” demonstrators, designed to maintain the engineering skills of businesses in the sector at their highest level and to ensure the development of new ones.

This new step towards “green aircraft” is expected to bring about a new way of thinking about interior design and new MRO skills, which will undoubtedly attract and meet the needs and new requirements of airlines in the near future in the Middle East.